So Wine Is Subjective. So What? 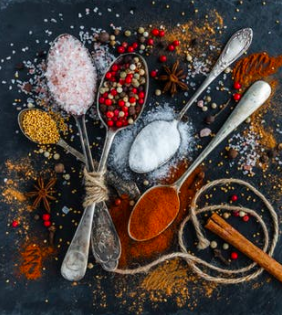 Let me tell you a story that has nothing, and yet everything, to do with wine. Once upon a time a very famous concert hall in New York City was renovated. More precisely, it was 1986 and it was Carnegie Hall, which, since its grand opening in 1891, has been famous for its unparalleled acoustics.

Now, if you think wine is a reliably subjective subject, try taking on acoustics. Despite an impressive array of engineering formulas and theories, the fact is that, to this day, acoustics still remains a bit of a dark art—and more than a bit subjective, even to acoustical engineers themselves.

Back to our not-quite-fairytale. After much hoopla and millions of dollars, the renovated main hall was reopened, and the sound was pronounced as … lifeless. Certainly less glorious than it was originally.

Here’s the best part: Various orchestral musicians, as well as critics, insisted that the slab of concrete long-rumored to be under the stage must in fact exist. And that it was suppressing the resonance of the room.

Yet Carnegie Hall administrators vehemently denied the existence of any such concrete slab. "The idea that we would gratuitously put concrete under a stage recognized as the best in the United States is insane," said Lawrence Goldman, who was vice president and director of real estate and development for Carnegie Hall at the time.

Yet listeners, musicians and critics insisted it was so. Something had changed the sound. Finally, the pressure (and adverse publicity) became so intense and impassioned that the wood floor of the stage was removed and, lo!, there was a 3-inch-thick slab of concrete.

The concrete was removed, and this not-quite-fairytale ended if not quite happily ever after (hey, it’s New York, remember), then at least with considerably less disgruntlement over the quality of Carnegie Hall’s renowned acoustics. Generally, it was agreed that the sound had indeed been improved.

I love this story because it is a triumph of the subjective (“I’m telling ya, it doesn’t sound as good,” said the listeners) over the ostensibly objective (“And I’m telling you, there is no concrete—and we oughtta know,” said the administrators and engineers).

Surely you can see the parallel with wine discussion today. “Soil informs the savor of a wine,” say millions of wine lovers.

“Nonsense,” say academics, wine scientists and a quarry-full of geologists. “There’s no scientific proof that rocks even have a flavor, and besides, we can’t find any uptake mechanism on the part of the grapevine. You’re being suckered by wine romance.”

Then you’ve got the aggravated issue of organic and, especially, biodynamic cultivation. Here again, objectivists assert that there’s no demonstrable, objective evidence that the mystical likes of biodynamics has any validity. Yet its practitioners, including some of the world’s greatest wine producers, say otherwise.

And so it goes. Anything that can’t be proved scientifically is deemed dubious. Unacceptable. Invalid. Anything where metrics can be trotted out is triumphantly declared as true and valid—even when the subjective “proof” is lacking.

I can’t tell you the number of times I’ve heard it asserted that with modern canopy management a grower can get two or three times the yield with no reduction in quality. (“Step right up, folks.”)

And yet every time I’ve tasted wines made in this new, supposedly improved way, they were, à la Carnegie Hall, lifeless. They lacked depth, nuance, resonance, subtlety. Oh, the numbers were all there: acidity, dry extract, tannin levels, sugar content, various polyphenols. They measured well. But somehow they didn’t measure up.

Increasingly, we’re now offered a binary view of wine, positing the supposedly objective (anything that can be measured and scientifically validated) against the unprovable (and therefore invalid) subjective.

This is, in a word, nuts. The subjective is the only true measure of a wine. Wine exists for our senses and can only be assessed by our senses. Really, no other measure has any meaning.