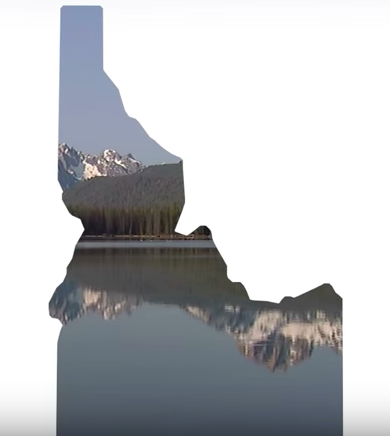 In Canyon County, Idaho, just 27 miles west of the capital, Boise, is the town of Caldwell. Lying in a valley along the Snake River and settled directly below the monolithic Lizard Butte, Caldwell has always been known for its famed Night Rodeo.

But these days, oenophiles are taking a second look at the community, which has, in the last few years, started producing some of the most surprisingly tasty wines in the U.S.

And until recently, almost no one, outside of industry insiders and West Coast enthusiasts, had heard of it.

“You’re going where? For wine?” my friend Josie Zeiger, a New York City-based wine distributor who runs the wine-centric instagram, @sipculture, asked when I told her I was going to do a wine-tasting tour in Caldwell, Idaho.

It was not an uncommon reaction — even from people in Idaho.

But, thanks to a dedicated group of farmers, winemakers and dedicated fans that is starting to change.

In order to grow grapes successfully a perfect storm of natural events has to happen. You need the right soil and the right weather, all of which can be found in the Snake River Valley.

One of my first stops, after checking into my Airbnb house, was at Koenig Vineyards. Owned by architect and winemaker Greg Koenig and established in 1995, the wine tasting rooms, cellars and winemaking facilities are housed in a large Tuscan-esque villa surrounded by 14 acres of Cabernet Syrah, Syrah, Cabernet, Viognet, Riesling and Chardonnay grapes. Sitting in the tower of his Tuscan villa, Koenig, who makes many of the wines for the grape growers in the region, noted, “The soil is good – its sediment left over from when the entire area was covered by the Snake River (thousands of years ago) – totally different soil than what is in Boise, or even Nampa.”

The area lies along a stretch of extinct volcanoes and, due to the river and the valley, the area has a microclimate that is great for grapes: cold during the winter, hot and dry during the summer. Idaho also has the added benefit of not being as expensive as the coastal states, which has attracted non-traditional vineyard owners, or people who always dreamed of a vineyard in more expensive West Coast areas, but were priced out decades ago.

“The barrier to entry in the Idaho wine scene is quite low,” Koenig said. “The land is cheaper, it is cheaper to farm and word is getting out.”

Word reached people like Tim and Helen Harless, owners of the Hat Ranch Vineyard down the road from Koenig, who moved to the area from Texas in 2010 after he retired from the Air Force.

“The kids had graduated and we were thinking of what to do,” Tim said. “Helen used to write about wine and we were interested in owning and operating a vineyard — so we looked at doing a vineyard in California, Washington, and Oregon, and then found Idaho.”

By 2012 the couple debuted their first bottle of Chardonnay and they now produce 3,000 cases of multiple varieties a year. Last year the vineyard’s dry Muscato won a gold medal from the San Francisco Chronicle.

Not that that should be so surprising.

Hadley Robertson, who owns Zhoo Zhoo wines with her sisters — part of the Hells Canyon Winery owned by her parents, Steve and Leslie Robertson — said, “Idaho started at the same time as Washington and Oregon — they got larger quicker and caught on faster because of the population and those state’s larger cities. But our wine is just as good, if not better.”

It’s turning into big business: There are now 51 vineyards in the state and, according to the Idaho Wine Commission, the wine regions in the state have brought in $169.3 million and created over 1200 hundred jobs. Of the eight vineyards I visited, all were organic, sustainable family run and there was an average 20 percent year over year growth for the wineries. They all produced between 1,000-4,000 cases a year on average and sold out of product within six to eight months, mostly from local wine clubs.

“We sell off our back deck, mostly to our wine club members or people on wine tasting trips,” Ron Bitner said. It's a booming business for everyone, with up to 100 visitors a day during the week and over 200 on the weekends.

As I sat on the back porch of my Airbnb on my final night in Caldwell watching the shooting stars put on a show and sampling the earthy floral, spicy and dynamic Cabernet Franc from Hells Canyon Vineyards, I felt like I’d been let in on a true secret. I couldn’t imagine being anywhere else.

So grab some friends, book a rental, and sample the wines of the Snake River Valley. Sample the wines during the day and take in a rodeo in at night or just watch the stars — for a perfect trip into the heart of America’s secret wine valley.

Image Credit: The Story of Idaho Wine You Tube