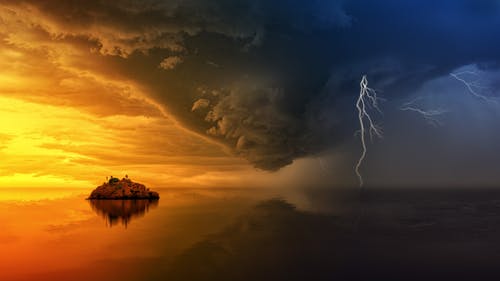 The prospect of hotter summers, warmer winters, drought and violent weather events have caused experts to warn of coming wine shortages and price increases, changing varietal character and, in some dire predictions, the extinction of some wines altogether.

Maybe there’s a fix, says a research paper in the journal Proceedings of the National Academy of Sciences.

The scientists’ computer models show that if we do nothing, global warming of 2 degrees Celsius would wipe out 56 percent of current wine-growing land; increase that to 4 degrees and an estimated 85 percent of grapes won’t be viable.
This team of researchers investigated whether using more heat-tolerant grapes would allow vineyards to adapt. They found that by reshuffling where certain grape varieties are grown, potential losses at 2 degrees of warming could be halved, and cut by a third if warming reached 4 degrees.

The researchers, led by Ignacio Morales-Castilla at the University of Alcalá in Spain and Elizabeth Wolkovich at the University of British Columbia at Vancouver, focused on 11 varieties of wine grapes including cabernet sauvignon, chardonnay, merlot, pinot noir, riesling, sauvignon blanc and syrah, as well as lesser-known varieties chasselas, grenache, monastrell (also known as mourvedre) and ugni blanc. Together, these account for a third of the total area planted to wine grapes and represent important parts of the wine industry in France, Australia, New Zealand and Chile.

The team used vintner and researcher archives to build a model for when each would bud, flower and ripen in wine-growing regions around the world under three different warming scenarios. Then it used climate change projections to see where those varieties would be viable in the future.

“Each variety has a different sensitivity to the climate,” says Ben Cook, one of the study’s authors and a professor at Columbia University’s Lamont-Doherty Earth Observatory and the NASA Goddard Institute for Space Studies. “Basically, replacing varieties with more climatically suitable varieties, called cultivar turnover, increases resilience to climate change. It’s a story of mitigation and adaptation.”

In the study’s modeling, the biggest losses are in Spain, Italy and parts of California that are already quite warm. But there are winners in warming scenarios: In Germany, northern Europe and the Pacific Northwest of the United States, where in some years they struggle to get enough sun hours to facilitate budding, fruit set and ripening, a warming trend might produce dramatically better wines.