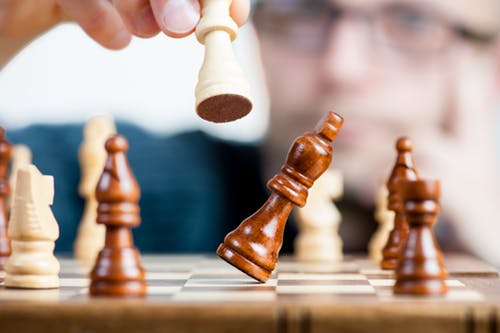 A report by the Office of the United States Trade Representative renewed a conflict between the countries, which had negotiated a temporary truce in August.

WASHINGTON — The Trump administration said on Monday that a new French tax that hit American technology companies discriminated against the United States, a declaration that could lead to retaliatory tariffs as high as 100 percent on French wines.

It could also jeopardize international efforts to negotiate a truce on so-called digital taxes.

The announcement from the Office of the United States Trade Representative ended a monthslong investigation into the French tax, which hits companies like Facebook and Google even though they have little physical presence in France. The investigation concluded that the tax “discriminates against U.S. companies, is inconsistent with prevailing principles of international tax policy and is unusually burdensome for affected U.S. companies.”

It recommended tariffs as high as 100 percent on certain French imports valued at $2.4 billion, including cheese, wine and handbags.

President Trump, in London on Tuesday for a NATO summit meeting, said the finding was justified. “They’re starting to tax other people’s products,” he said. “So therefore we go and tax them.”

Later in the day, Mr. Trump sounded more conciliatory. “We have a minor dispute. I think we will probably be able to work it out,” he said.

He then referenced the 25 percent tariffs already levied on European export, “we taxed wine and have other taxes scheduled. We would rather not do that. It will either work out, or we’ll work out some mutually beneficial tax. And the tax will be substantial.”

France’s economy and finance minister, Bruno Le Maire, on Tuesday denounced the tariff threat as “unacceptable” and said that Europe would come ahead with a “strong response,” without elaborating on possible retaliatory measures.

“This is not the sort of behavior we expect from the United States toward one of its main allies, France, and toward Europe in general,” Mr. Le Maire said in an interview with Radio Classique.