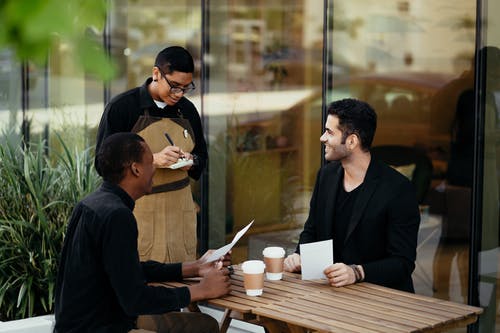 Restaurants and bars gained 286,000 workers in February following several months of losing jobs, the latest sign that the industry’s recovery is on the horizon after a long, cold winter.

Freezing temperatures, coupled with a resurgence of new Covid-19 cases, hurt eateries at the end of 2020 and into the new year.

“So far in 2021, I would say that it looks worse than what it looked like in October, November,” said Rabobank senior analyst Amit Sharma.

But after harsh winter storms, warmer temperatures are starting to hit some parts of the country. Vaccine distribution, which started off sluggish, has rapidly picked up steam in the last month. More than 54 million Americans — about 16% of the total population — have received at least one dose as of Thursday morning, according to data from the Centers for Disease Control and Prevention. The approval of the Johnson & Johnson vaccine, which is being distributed with help from Merck, will further accelerate those numbers.

“If you look at our forecast going forward, a big piece of how we look at the rest of 2021 and even into 2022, is the speed with which that vaccine is rolled out,” said Technomic Senior Principal David Henkes.

In response to accelerating vaccine distribution, states have begun relaxing or even preparing to eliminate capacity limits in restaurants and other venues, although Centers for Disease Control and Prevention officials have recommended slowing down the rollback of restrictions. Since the start of March, at least 35 states have eased restrictions in some way. Connecticut, for example, is planning on allowing restaurants to operate at full capacity by the end of March.

But a recent industry poll showed palpable signs of pain. The National Restaurant Association surveyed 3,000 restaurant operators between Feb. 2 and 10. Respondents were pessimistic about the industry’s recovery efforts. About a third said it would take seven to 12 months for business conditions to return to normal at their restaurant, and 29% said it would take at least a year.

Just weeks later, the mood feels a bit lighter, in part because of the progress on approving the latest stimulus package. If passed, the bill would put $1,400 in the bank accounts of many consumers, who may choose to spend at least some of that money eating out while they still feel uncomfortable traveling. Democrats are working to approve the plan by March 14.