Madeira Role In The Declaration Of Independence 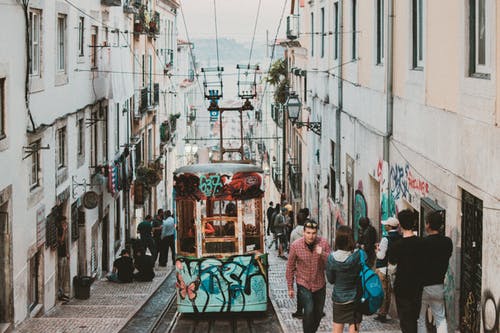 Delving into the history of Madeira and its place in the founding of America.

What is Madeira? Glad you asked. This fortified dessert wine (similar to port) used to be the drink of choice in young America—here’s how that happened, how it fell out of favor, and what you need to know about enjoying it today.

Suppose you’re Thomas Jefferson. You’ve recently penned a little thing known as the Declaration of Independence and ratified it along with your fellow revolutionaries—Adams, Franklin, Hancock, et. al—basically letting Mother England know that you no longer require her services. Now it’s time to celebrate. What are you drinking? Champagne, the official beverage of toasts? Local moonshine, for appropriate chest-thumping and to echo your bravery? Nope. TJ and company were having none of that, literally. They were drinking that classic American standby, Madeira.

You mean that fortified, Portuguese, dessert wine, Madeira? That’s the spirit that accompanied the genesis moment of the United States of America?

Understanding how to place Madeira in that unlikely picture begins with understanding the political climate that Jefferson and his brethren were trying to shed in the first place. Britain had imposed an exclusive trade treaty on the colonies, preventing other imports from reaching American shores legally. Naturally, smuggling happened (apparently Hancock was quite adept at it), but those goods were harder and more dubious to come by.

What’s the Difference Between Port and Madeira?
The isle of Madeira, located in the Atlantic, equidistant from mainland Portugal and Morocco, was well-located along common trade routes. Portugal used Madeira, which they had recently colonized, as an opportunity to partner with England because of its desirability as a port of call. Speaking of port, this is why Port—another Portuguese dessert wine—and Madeira often have names that you might consider calling your vest-clad bulldog: Taylor, Graham, Broadbent. The products were Portuguese but the infrastructure—bottling, labeling, marketing, shipping—were British.

Essentially, Madeira was what was most readily available to the Declaration signers, as well as the citizens up and down the colonies. It was also a rather ironic moment for Madeira: it accompanied the signing of the document that would throw off the British yoke, thereby allowing for the foreign trade which would lead to its competition and Madeira’s eventual fall from popularity.

So, What Do You Need to Know About Madeira to Drink Like a Founding Father?

Madeira Is Fortified
Fortified wines have additional spirit added to them to act as a preservative, or to “fortify,” them. This was especially important for wines that had a long journey to make. They are therefore higher in alcohol by volume than other table wines, and so are typically served in smaller glasses to ensure smaller portions. Or maybe if you were a Founding Father on the brink of revolution you didn’t worry too much about that, as you also required fortification. Other popular fortified wines include Port, Sherry, Marsala, and Vermouth.

Madeira Is “Cooked”
Heating the juice is not a typical part of the winemaking process for most wines. Madeira was a happy accident in that its long journey at sea did contribute to its being heated, but somehow this resulted in bold, desirable qualities. Now Madeira doesn’t need to take a turn across the pond in order to achieve the same results, but Madeira is still cooked, either by heating the wine in tanks before aging, or by storing barrels in intentionally hot environments. Much like “xerox,” Madeira can also claim similar brand saturation insofar as other heat-affected wines are considered “madeirized.”

Madeira Is Made in Varying Styles
Unlike men, not all Madeira is created equal. The four different grapes primarily used for Madeira produce different levels of sweetness: dryer styles from sercial and verdelho, and sweeter, richer styles from bual and malmsey. To really drive the point across, U.S. wine importer Rare Wine Company bottles “Historic Collection” Madeiras named for the cities where the various styles were popular: drier styles in the South, like Charleston Sercial, and sweeter styles in the North, such as Boston Bual. (A current look at preferred iced tea styles easily demonstrates how times have changed.) They also include “Special Reserve” bottlings named for Thomas Jefferson and Benjamin Franklin.