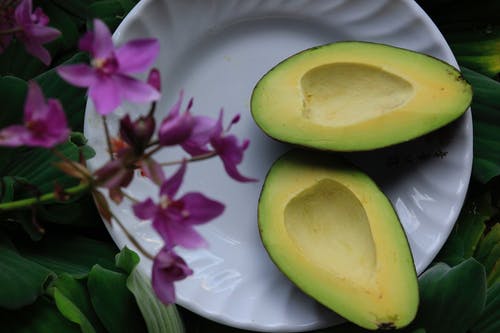 The cartel members showed up in this verdant stretch of western Mexico armed with automatic weapons and chainsaws.

Soon they were cutting timber day and night, the crash of falling trees echoing throughout the virgin forest. When locals protested, explaining that the area was protected from logging, they were held at gunpoint and ordered to keep quiet.

Stealing wood was just a prelude to a more ambitious plan.

The newcomers, members of a criminal group called the Viagras, were almost certainly clearing the forest to set up a grow operation. They wouldn’t be planting marijuana or other crops long favored by Mexican cartels, but something potentially even more profitable: avocados.

Mexico’s multibillion-dollar avocado industry, headquartered in Michoacan state, has become a prime target for cartels, which have been seizing farms and clearing protected woodlands to plant their own groves of what locals call “green gold.”

More than a dozen criminal groups are battling for control of the avocado trade in and around the city of Uruapan, preying on wealthy orchard owners, the laborers who pick the fruit and the drivers who truck it north to the United States.

“The threat is constant and from all sides,” said Jose Maria Ayala Montero, who works for a trade association that formed its own vigilante army to protect growers.

After seizing control of the forest in March, the Viagras announced a tax on residents who owned avocado trees, charging $250 a hectare in “protection fees.”

But they had competition. Rivals from the Jalisco New Generation cartel wanted to control the same stretch of land — and residents were about to get caught in the middle of a vicious fight.

In May, a convoy of pickup trucks loaded with Jalisco fighters raced into the woods and an hourlong gun battle broke out.

Juan Madrigal Miranda, a 72-year-old professor who runs a small nature center in the area, cowered on the floor of his small cabin as bullets flew overhead.

His fear eventually gave way to anger at the growing power of the criminals, 10 of whom died in the forest that day.

“Around the country, the cartels want land, forest and water,” Madrigal said. “Now they are fighting for the keys to life.”

Homicides are at an all-time high in Mexico, which has long been home to the world’s most powerful and violent narcotics traffickers. Yet much of the killing today has little to do with drugs.

In Guanajuato state, the homicide rate has nearly tripled over the last three years as criminals battle for access to gasoline pipelines, which they tap to steal and sell fuel.

In parts of Guerrero state, cartels control access to gold mines and even the price of goods in supermarkets. In one city, Altamirano, the local Coca-Cola bottler closed its distribution center last year after more than a dozen groups tried to extort money from it. The Pepsi bottler left a few months later.

In Mexico City, bar owners in upscale neighborhoods must pay taxes to a local gang, while on the nation’s highways, cargo robberies have risen more than 75% since 2016.

Compared with drug trafficking, a complex venture that requires managing contacts across the hemisphere, these new criminal enterprises are more like local businesses. The bar to entry is far lower.

This new approach to organized crime was pioneered by the notorious Zetas cartel and spread in response to the government’s 2006 declaration of war on drug traffickers.

Mexican forces, with strong U.S. support, focused on capturing or killing cartel leaders. But that strategy backfired as the big cartels fractured into smaller and nimbler organizations that sought criminal opportunity wherever they could find it.

“For many of those smaller groups, it’s far easier to just prey on local populations,” said Falko Ernst, a Mexico-based analyst with the International Crisis Group, which promotes nonviolent solutions to conflicts. “It’s a myth that it’s only about drugs.”