Marteeny: Some Bars Are Working Smaller Cocktails Into The Mix 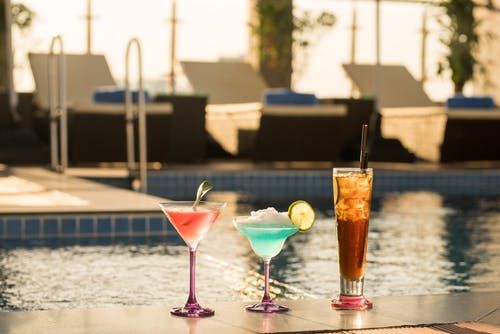 Cocktail lovers take note: Your martini may be shrinking.

A number of New York City bars and restaurants are offering drinks in smaller sizes. In particular, they are touting the mini martini as the next big thing on the cocktail scene and selling the perennially popular drink in versions that are about half the common pour of 3.5 ounces or more.

The idea, bar operators say, is that today’s customer often wants to drink in moderation, particularly on weeknights.

Those customers, however, aren’t willing to forgo their martini altogether.

The mini version is “something less alcoholic but highly elegant,” said Ryan Gavin, bar manager at Peppi’s Cellar, a Nolita establishment that serves an Italian-inspired 1.5-ounce martini for $4 strictly as a happy-hour special.

This doesn’t mean that customers stop at one drink, operators say. If anything, the mini martini is almost designed to invite patrons to have another, but still keep their revelry in check.

“It brings back the three-martini lunch, but in a different way,” said Salvatore Tafuri, bar director at the Loyal, a West Village establishment.

The Loyal offers a 2.5-ounce martini during happy hour for $10.

At the Morgan Café at the Morgan Library & Museum, the mini martini can be ordered only as part of a trio, a $14 menu item playfully billed as the Three-Martini Lunch. It features three 2-ounce offerings of the drink, with each garnished in a different way.

In some ways, the interest in the mini martini also speaks to the ever-burgeoning interest in pre-Prohibition drinks, said David Wondrich, a cocktail expert and historian.

When the martini first became popular in the late 19th century, it was generally offered in pours smaller than 3 ounces, Mr. Wondrich said. That started to change over time, particularly during the post-World War II “Mad Men” era of heavier drinking, he noted.

The trend has been difficult to reverse—at least up until now.

“It becomes harder to offer smaller martinis because then you’re looked at as being cheap,” Mr. Wondrich said.

But these days, drinking establishments increasingly have found themselves responding to demand for lower-alcohol options, to say nothing of the growing interest in alcohol-free “mocktails.” There are even alcohol-free “bars” popping up in New York City.

The mini-martini movement has spread beyond the martini—or at least the traditional gin or vodka version.