The State Of Iberian Gastronomy 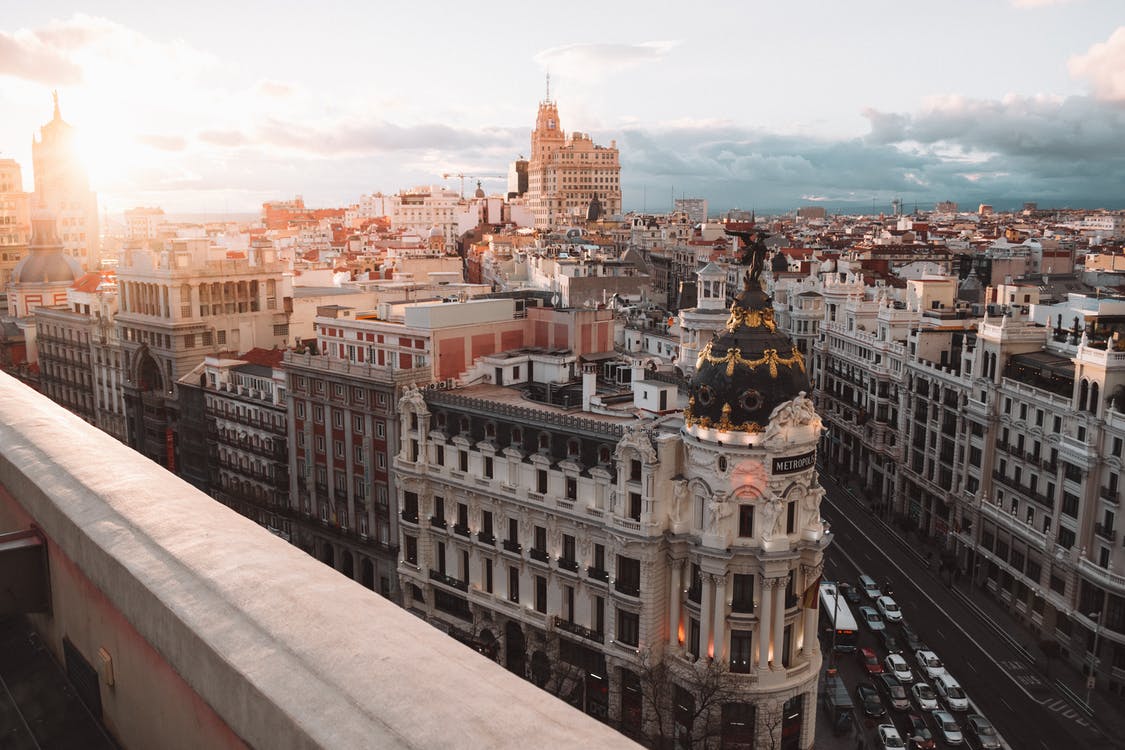 Gerry Dawes has just published a remarkable new book, Sunset in a Glass: Adventures of a Food and Wine Road Warrior in Spain, a journey that is not just the most comprehensive guide to Spanish food culture but imbues it with the passion of someone who fell in thrall with the country and its people decades ago. He is that most intrepid of reporters, asking every question an outsider needs to ask to make ancient traditions clear. I suspect he knows more about Spanish wines and food than most Spaniards who have nothing close to his intimacy with each and every region.

How did your fascination with Spain begin? And how did James Michener's book affect you?

On January 2, 1968, not long after daylight broke, our military plane, near the end of an overnight flight from McGwire Air Force Base in New Jersey, banked near El Puerto de Santa María and I got my first glimpse of Spain. Below, I saw whitewashed buildings amid palm trees set in a sea of stubby vines—now bare of leaves in mid-winter—surrounded by stark white soil. As I would learn later, the Navy base at Rota was near the sherry vineyards between Jerez de la Frontera and Sanlúcar de Barrameda. As the plane circled before landing, I also could not help noticing circular enclosures, which I would learn were bullrings, including the big one at El Puerto de Santa María and a couple of smaller ones, which I would one day find first-hand are used to test young fighting cows for bravery. Spain was already beginning to fascinate me and I had not even touched the ground.

James Michener's book "Iberia" was an enormous influence on Gerry Dawes 40 years ago. GERRY DAWES
In 1968, Michener’s Iberia was published. American matador-artist John Fulton and his housemate, Robert Vavra, who took the photographs for Iberia, figured prominently in this best-selling non-fiction book. I purchased a copy and learned that they lived in Sevilla, just over an hour north of Rota. One night in a legendary flamenco joint in Sevilla, I met Fulton and he gave me his phone number and asked me to visit him. Iberia would become like a post-U. S. Navy yearbook to me. Eventually, 20 people whom Michener wrote about in Iberia signed my copy. Fulton and Vavra had also known Ernest Hemingway and many of his entourage. By the time I met them because of Iberia they had achieved legendary status among hispanophiles. Knowing them had a profound impact on my life and selling Fulton’s paintings and Vavra’s books allowed me to stay in Spain after I was discharged from the Navy.

You were trained by the U.S. Navy to learn Russian. Did you pick up Spanish on your own?

Since I never got to use Russian, except for military terminology, after I left the Navy, I began to lose it as Spanish took over. I began speaking Spanish to get along in southern Spain, taking trains, ordering food and drinks and gradually moved into pidgin Spanish. Then I took a class on the base and began to visualize the words I was hearing. At the University of Sevilla a couple of my classes were in Spanish and as I acquired more and more Spanish friends, such as my friend Juan Alonso, who became the best man at my wedding, I became more and more fluent.

How did you earn a living in Spain in the beginning?

In 1970, the first year I lived in Sevilla, to make ends meet, I began to sell the artwork of John Fulton. I also did some writing and photography and contributed pieces to the English-language magazine Guidepost in Madrid. And I got $250 per month from the G. I. Bill to attend classes through an American program at the University of Sevilla.