Black-owned Breweries Are Few And Far Between. These Founders Are Helping Change That 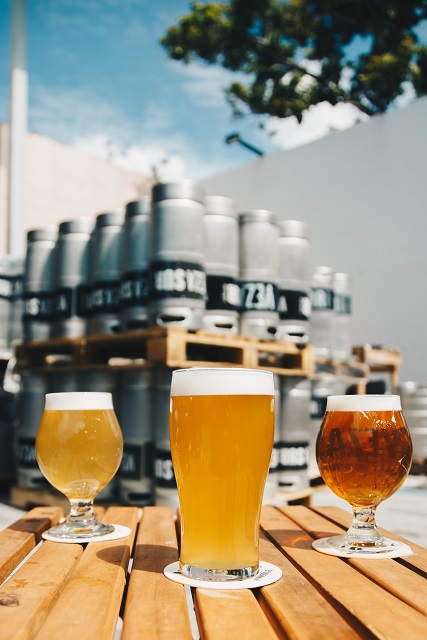 In 2014, friends and fellow craft brew enthusiasts Beny Ashburn and Teo Hunter realized something was missing from the chummy but uniform $29.3 billion American craft brew scene: People who looked like them.

“There was a huge void of diversity” among craft beer drinkers and brewers, says Ashburn, an advertising pro who once worked on the marketing team at Beats by Dre. Ashburn started kicking around ideas with Hunter, a craft beer aficionado who had acquired a taste for smaller batch brews while working as a vendor in the entertainment industry. They created a lifestyle brand representing Black beer drinkers and brewers. Dope & Dank, as they named it, launched with the simple, direct slogan: “Black People Love Beer.”

“The industry is pretty homogenous, not only from a cultural standpoint, but from a race standpoint,” says Hunter. “Beny and I just kind of took that head on.”

Now they want to help the industry become even more diverse: Crowns & Hops, together with Scottish brewers BrewDog, have announced a program to give out $100,000 in grants to other Black brewers through an initiative they’ve called the 8 Trill Pils Fund.

The name 8 Trill Pils comes from a 2018 study by the W.K. Kellogg Foundation, which found that the U.S. economy could grow by $8 trillion by 2050 if racial barriers were knocked down and structural inequalities were remedied. (It’s also the name of a limited edition Crowns & Hops beer launching September 8, the profits of which will go to social justice charities.)

“We saw immediately that we could literally be an ‘8 Trill’ case study; we were embodying it,” says Hunter.

While the Brewers Association recognizes 8,000 breweries in the U.S., only around 60 are Black owned. A recent New York Times story on the efforts craft brewers are making to be more inclusive cited Black brewers as 1 percent of the industry.