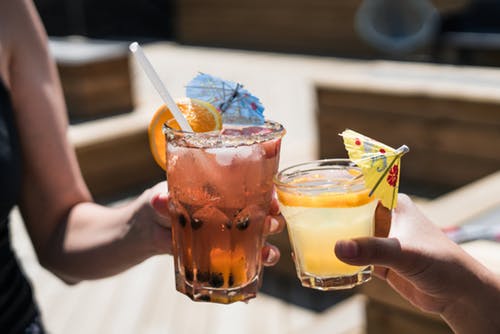 It's a lifeline restaurateurs, food service workers, and their stressed-out customers have been waiting for.

Across the country, government officials are making the difficult decision to close public gathering places, including bars and restaurants, to stop the spread of Covid-19, the fatal coronavirus that is shutting America down for the foreseeable future. Ohio, the first domino to fall, closed dining establishments at 9:00 on Sunday evening. Shortly after, Illinois announced a ban through March 30. Then, the governors of New York, New Jersey and Connecticut jointly closed bars and restaurants for in-person service. Washington, Colorado, Michigan, Minnesota, Pennsylvania, Massachusetts and North Carolina have enacted similar restrictions. In these and other states, bars and restaurants remain open for takeout and delivery only.

The epidemic will change American hospitality in ways that seemed unthinkable just a week ago. Restaurants operate on notoriously thin margins, and between rising rents, higher wages, and even wine tariffs, many were on the brink before the pandemic began. With the complete loss of dine-in customers, many restaurants will never reopen. In the words of chef Hugh Acheson, they will go broke forever. Those that weather this monthslong storm may be forced to permanently shift their operations towards takeout and delivery. In New York, restaurant groups have asked government officials to cap or waive delivery fees, charged by companies like Grubhub, as a form of relief.

Though the move to takeout and delivery may help some restaurants stay afloat, dining establishments can’t neatly transition their business online. In New York City, for instance, officials estimated that restaurant sales will decline by 80 percent during the shutdown, a loss that will devastate most businesses. Where will a lot of those lost sales be? Beer, wine and spirits. Customers eating at home are likely to order alcoholic drinks elsewhere—a loss that could prove financially crippling for restaurants, even if patrons order plenty of home-delivered food.

“Whatever you could order in the bar or restaurant or distillery or winery you can purchase through takeout, and we hope that goes a long way towards alleviating any economic hardship.”

In fine dining establisments, alcohol sales comprise anywhere between 30 to 40 percent of revenues, driven mostly by expensive bottles of wine, said Alex M. Susskind, director of the Cornell Institute for Food and Beverage Management. In less formal sit-down restaurants, it’s between 12 and 20 percent, while in fast-casual joints like Chipotle, which sells margaritas and beer, it represents around 5 percent of sales. But it’s about more than lost revenue. Restaurants tend to make their highest margins on alcoholic drinks: Prices are high, while the cost of labor, even for an elaborate cocktail, is much lower than the cost of making a meal. The bottom line? Alcohol is profitable.

The problem is that in New York, and many other states, restaurants with a liquor license are only allowed to serve alcohol to customers on premises; only beer can be sold to-go or delivery. There is no license to make those liquor sales to off-site customers, said Max Bookman, a hospitality attorney. Those 80-year-old rules are vestiges of the post-Prohibition era, when the government sought to avoid the creation of saloon-like atmospheres by outlawing one-stop-shopping for booze. But these are not normal times. Giving restaurants permission to sell that same wine and liquor to their to-go customers, along with everything else, could be a boon to an industry that’s on its knees.

Apparently, the pleas of David Chang and others have been heard. As an emergency measure to assist reeling restaurants and bars, New York State Governor Andrew Cuomo on Monday announced a temporary measure to allow restaurants to offer wine and liquor for takeout and delivery. New Jersey and Connecticut are also offering waivers for carry-out alcohol, as part of a regional approach to limiting the spread of the virus.

Alcohol sales will boost their bottom line at a time of massively reduced sales.

“Whatever you could order in the bar or restaurant or distillery or winery you can purchase through takeout, and we hope that goes a long way towards alleviating any economic hardship,” Cuomo said at a press conference, according to Newsweek. “We will only allow it during this period of closure, but I think it will help those businesses.”

According to formal guidance released this morning, New York State retailers—whether they are a bar, restaurant, winery or cidery—will now be able to sell off-site what they’re permitted to serve on-site. For example, a tavern that’s licensed to serve beer and wine can now offer those items for delivery, but not liquor. Bars and restaurants that have liquor licenses must sell the booze—whether that’s wine, beer, liquor or a cocktail—in closed containers or the original, unopened packaging. The order must be accompanied by a food purchase. The full list of regulations, which remain in effect through April 15, are available here.

The idea here is that selling booze to-go can help restaurants, and some bars, stay whole. Alcohol sales will boost their bottom line at a time of massively reduced sales. It’s also possible that sales of takeout alcohol will keep more workers—like bartenders, perhaps—on the job. Before the quarantine, around 321,000 people were working in food service and drinking establishments in New York City. These workers tend to be unsalaried, hourly employees who are unlikely to earn any money until the shutdown is over—a critical lapse that could jeopardize their ability to pay rent or medical bills.

A stopgap measure like allowing takeout cocktails—provided they come with some food—might help put more money in workers’ pockets. But cities may need to take more systemic action. Corey Johnson, Speaker of the New York City Council, has called on the city to expand unemployment benefits and paid sick leave to hourly workers who have lost income as a result of the closure, even if they have not been officially laid off. In a post on Medium, he has also asked commercial landlords to enact an eviction moratorium, and for banks to explore rent and mortgage relief, saying that the country will face a crisis if service workers can’t afford to eat or pay rent.

“Our economy is a service-driven economy,” said Susskind, the Cornell professor. “It’s like running an engine without oil. At some point it’s gonna smoke and burn. We need to make sure the engine is running smoothly.”

It may sound silly to claim take-out booze is a crucial economic safeguard during a public health crisis. But why not allow it? Being able to order your favorite cocktail or a special bottle of wine is like ordering anything else from a restaurant. Granting restaurant owners a reprieve from Prohibition-era regulations allows them, in an unprecedented time, to run closer to normal. The waiver makes sense from a business standpoint. And for customers, it’s a balm—another convenience that will allow them to feel more normal, and more comfortable, at a time of tremendous uncertainty.

As people across the country prepare to stay inside for weeks at a time, alcohol delivery has gone through the roof.

Does that mean we’re going to see people drinking gin-and-tonics out of quart cups tonight? Who knows. One thing’s for sure—as people across the country prepare to stay inside for weeks at a time, alcohol delivery has gone through the roof. The New York Times reports that Drizly, an alcohol delivery service based in Boston, has increased sales of wine, beer and liquor by 300 to 500 percent compared to January.

For now, though, take-out booze seems to be a tri-state thing. According to a compliance directive released yesterday, Illinois will not grant off-site waivers to businesses with on-site licenses. Restaurants can continue to sell take-out beer, and for retail establishments that already have permits, liquor can continue to be delivered in the original container, according to an FAQ document. At the time of publication, state officials in Ohio and Massachusetts told The Counter they had not granted waivers, while others had not responded to inquiries.