“we Want To Provide A Place For The Wine Trade To Continue To Trade,” Said London Wine Fair Head 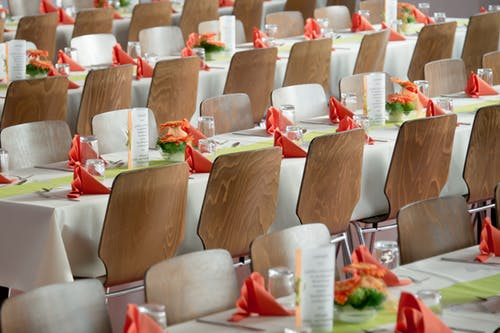 She made the remark during an exclusive interview with the drinks business yesterday when speaking about the decision to release a statement this week confirming that the London Wine Fair is to go ahead as planned from 18-20 May this year.

Such a message came one day after ProWein’s organisers had announced they were postponing the wine and spirits trade fair this month in Dusseldorf, with no alternative date revealed, due to the escalating number of Covid-19 cases in Germany and elsewhere.

“We did respond following ProWein’s announcement, simply because there were rumours in the industry, so we did it for clarity,” said Tovey, explaining why she put out a message to state that the London Wine Fair was going ahead as planned in May.

Although she admitted that the decision was based on the situation as it stands, she also said that the later date of the London Wine Fair compared to ProWein meant that the risks associated with Covid-19 were lower, as it is believed that warmer weather will slow the spread of the virus, as it does for flu.

“We have taken everything into account, and the different visitor-ships and exhibitor bases, and the timing, have influenced our decision,” she said about keeping the fair in place.

Continuing she said, “Obviously ProWein comes before the London Wine Fair, which is nearly three months away.”

When asked about the risk of holding an event that brings together such a large collection of people, she said that Olympia, which houses the London Wine Fair, had not yet cancelled any of its shows, some of which are larger in scale.

As for government advice, she said that, following the Cobra meeting on Monday, “it appears to us that the right thing to do is to work towards going ahead, and there isn’t any advice to suggest taking a different approach.”

“We are 11 weeks away, and the government expects that the issue will lessen as the season changes,” she added.

Nevertheless, she admitted that the London Wine Fair are “looking at a contingency just in case, but we are not working towards that.”

Commenting that she faced three options: going ahead, postponing or cancelling the London Wine Fair, she said that “we have no intention to cancel the fair,” reminding db that this year is the event’s 40th anniversary, and therefore a particularly important year for the show.

In terms of the visitors, she said that 91% were UK-based, meaning that “only 9% of visitors could be affected by a travel block, so our visitor-ship would not be impacted so much as our exhibitor-ship, which is fully international.”

However, she said that she was already talking to UK importers – who take the majority of larger stands at the London Wine Fair – about replacing their international brand representatives with local ones.

While the London Wine Fair is not yet full, Tovey told db that bookings were up on this time last year, although obviously the rate of sales has slowed more recently.

“Everyone is keeping an eye on the situation but we will sell out,” she said.

Should Tovey have to postpone the London Wine Fair, she said that the organisers would consider holding a fair in the autumn, because it would not be possible to host it in the summer months “because the exhibitor base would not be available.”

Continuing, she said, “We are potentially looking at a booking in the autumn simply as a back up, and we are waiting to hear from Olympia on that.”

She also told db, “We need to make sure we do our due diligence, and that we are not making a rash decision with a negative effect on the industry if it is safe to go ahead… it would be unhelpful to the industry [to cancel the wine fair].”

The need for a major national wine fair in London could even become greater following the cancellation of other events, including ProWein, she intimated.

“We hope people consider it [the London Wine Fair] as a great place to do business, particularly if they are not able to do it at ProWein or other international events that have been postponed,” she said.

“It is a difficult situation, and we want to provide a place for the wine trade to continue to trade,” she added.

Speaking about this, and an unfortunate Malware attack at the London Wine Fair head office at the end of last week – which has now been resolved – she stressed that it was “business as usual”.