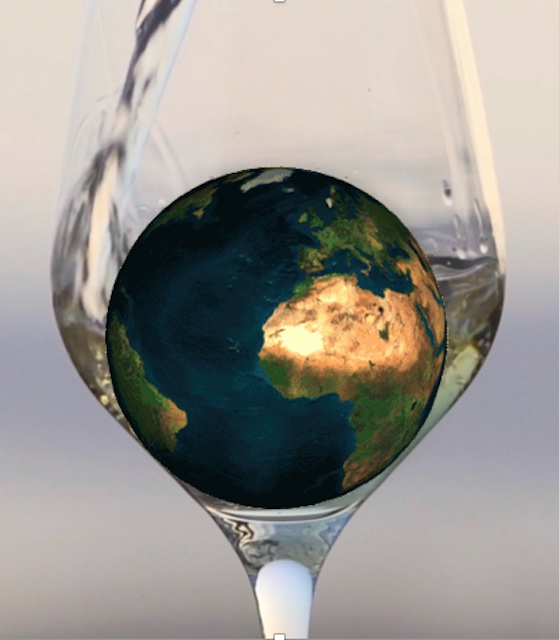 The real impact of climate change depends on tiny organisms we can’t even see, argues an international panel of more than 30 microbiologists in a consensus statement published Tuesday.

“[Microbes] support the existence of all higher lifeforms and are critically important in regulating climate change,” Ricardo Cavicchioli, a University of New South Wales environmental microbiologist and co-author on the paper, said in a press release. “However, they are rarely the focus of climate change studies and not considered in policy development.”

Now, Cavicchioli and his co-authors hope that their statement, published in the journal Nature Reviews Microbiology, “puts humanity on notice,” they write in the abstract.

Climate Contributions
The world’s dirt holds on to some 2.2 trillion tons of carbon. That’s more than the combined amount of carbon in the atmosphere and in vegetation. And what controls how much carbon soil can hang on to and how much it releases? Microbes. Their carbon gatekeeping is critical, because the element is one of the key components of the greenhouse gas carbon dioxide (CO2), which is currently at record levels in Earth’s atmosphere.

The same is true of soil microbes. “In terrestrial environments, microbes release a range of important greenhouse gases to the atmosphere (carbon dioxide, methane and nitrous oxide), and climate change is causing these emissions to increase,” Cavicchioli said. That’s because, as with plants, hotter temperatures cause soil microbes to release more carbon. And since climate-change-induced warming is only getting worse, scientists expect more carbon from vegetation and soils will go into the atmosphere.

But there are microbes other than the ones in soil that impact climate change. Cows, sheep, goats and other similar animals have microbes in their guts that help the animals digest their food. However, as a by-product of this digestion, these microbes produce methane — a potent greenhouse gas whose levels in the atmosphere have ballooned in the last five years.

Rice fields, too, release methane into the atmosphere. To grow the crop, farmers flood the fields, which are home to many microbes. These microorganisms produce methane in anaerobic environments where little to no oxygen is freely available. Since rice fields are flooded with water, where oxygen is chemically bound to hydrogen and unusable to the microbes, the conditions are ripe for the little organisms to pump out methane.

Rice is a major staple food for half the world’s population, so these methane emissions add up: Rice fields currently contribute about 20 percent of agriculture’s emissions of the greenhouse gas. As the population continues to grow, scientists anticipate those numbers will grow, too.

Mighty Mitigators
While microorganisms contribute substantially to climate change, the authors point out that these invisible creatures can also do the opposite.

Agricultural fertilizers release nitrous oxide (N2O, more commonly known as laughing gas), another powerful greenhouse gas. But some bacteria that live in plant roots produce an enzyme that can convert N2O into nitrogen, a non-greenhouse gas that makes up nearly 80 percent of the air we breathe. Researchers say using bacteria that have higher levels of this enzyme can lower N2O emissions.

The authors also note breeding programs for cows that change their gut microbes to produce less methane could reduce emissions.

Understanding more about how microorganisms influence climate change could have further impacts on mitigation strategies, the researchers say.

“The statement emphasizes the need to investigate microbial responses to climate change and to include microbe-based research during the development of policy and management decisions,” Cavicchioli said.