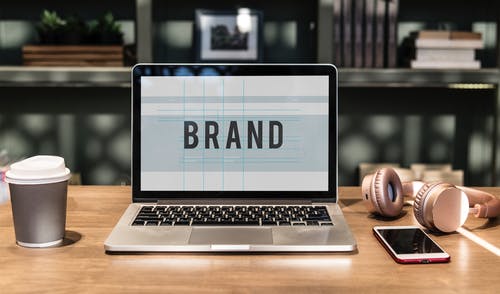 In 2009, my husband and I opened our first restaurant in Cleveland, Ohio. Being a veteran blogger, I knew that I wanted to use social media to ensure our restaurant was packed from the start. This was not the easiest task. Facebook had not yet taken over the world, Twitter was still nice, lighthearted, and fun, and MySpace had not yet accidentally deleted all of its users. I started my blog in 2004 when I started dating a chef, and it introduced me to another world. I started going to blogger conferences and meetups. I met my best friend through Twitter, and I soon had a following of other chefs' wives, husbands, and partners who knew what it was like being married to a chef. Because of this community I had entrenched myself in I knew there would be value in it while opening the restaurant.

About a year before we opened, I started the restaurant's Facebook page which at the time was unheard of. Businesses scoffed at Facebook as a college kid's little game; little did they know. I shared the business's page on my own feed and documented the restaurant's opening progress. We gained momentum and fans like you can’t even buy today.

When we were a month out from opening I pitched my husband a "Facebook Friends and Family” event. He was not impressed, as social media wasn’t his thing, but he had seen the power of my blog and let me run with it. We picked a day and I made my first Facebook invite. This was a decade ago when no one used Facebook events—ever. We crossed our fingers and hoped people would show up. They did. The restaurant was packed, the fire alarm went off at least three times, and we had a spectacular friends and family. We also secured about 5000 organic Facebook fans that night.

Our restaurant grew, along with my and my husband's careers. Social media exploded and managing it became a full-time gig for me. We saw the value in social media way back when, and it helped us grow dynamically. Of course that has changed and now everything is pay to play. Our marketing plan has evolved from posting three times a day on Facebook and Instagram for free to paying for ads, hiring a social media agency, and having (then letting go of) a publicist. We’ve learned a lot since then, and the path to marketing has only become more winding and confusing. Here’s what I’ve learned.

Influencers
Let’s start with influencers—with whom I admittedly have a hard time. The influencer comes to the restaurant (or sends a standard influencer email) and basically asks for a comped dinner in exchange for an Instagram post. They used to hide this tactic in praise and love of your food or the chef but now since everyone is an “influencer” there ain’t no shame in the game. Because I am an ex-blogger, I love metrics. When Instagram added insights, I finally had a way to see if all this stuff I do all day long actually works.

When influencers reach out, reach back. Ask them to see their insights and their Facebook metrics. Study your own insights and metrics. This will allow you to understand if their comped $100 dinner is worth a post. If it only gets viewed by 78 people who live in New Zealand, their post featuring your dish holds no value. Most of the time when you ask for data the influencer disappears.

You can also discover your own influencers. Every restaurants has their usuals, the locals, the ones who support you from day one. Follow them on social media, and more often than not you will find they post about you or your restaurant. Reward them for that; send out a free dessert They will only love you and scream your name more. Back when we opened, FourSquare was a big thing. We saw the value of people checking in to our restaurant, so we gave whoever checked in the most 40% off. It became a serious competition and for the majority of time, a customer by the name of JoeG fought to keep his mayorship alive. Since then he’s become one of our friends and and to this day he’s still our number one influencer.

Social media agencies
Next we have the social media agency. These agencies have been popping off for the past couple of years since pay-to-play—paying Facebook and Instagram to make sure that people see your posts—has become such a big facet of social media marketing over the past five years. Our Facebook page grew very organically back in the day, and early on when we would post to all of our 15,000 fans, all of the 15,000 fans would see that post. That aspect of social media is dead and gone. Posting now (without paying) we find about .4% of our fans see the post. Out of 15,000 fans, 600 feeds will show our post. When we pay, we can budget a set amount, target an audience by gender, location, and keywords so Facebook or Instagram will show us exactly how many people will see our post.

This where the social media agency comes in. They study the data and metrics so you don’t have to. They organize the posts and the payment and they make it happen. When we hired a social media agency, we were not down with the pay to play, but they showed us how it works and how our restaurant could benefit from it. The costs of advertising were minimal, but the social media agency—not so much. While they cost a pretty penny (from $2000 a month and up), they did provide value and content that we were not able to provide. They understood the audience and were for the most part able to capture our restaurant and chefs' voices.

PR firms
And last but not least, we have publicists. For the first seven years of my chef husband’s career, I operated as his publicist, but then it came time for me to focus on other aspects of the restaurant operations. It was a huge expense (our first publicist cost $4000 a month) for our restaurant in the midwest, and we hoped to find value in such a large monthly fee. We did and our restaurant and chefs were promoted well on the national level. Being from a post-industrial Rust Belt city doesn’t help in the national press game, but the publicist opened up opportunities we never could have gotten on our own from Cleveland, Ohio—for instance The Today Show. The publicist also helped our team organize our vision and brand in a way that was easier to communicate. They helped us get into food festivals that we wanted to and helped us get book deals. They stood by our side when my husband won a James Beard Award and we opened the doors of new restaurants. That was the good.

This is the bad. Our first publicist cost $4000 a month. Was it worth it? We hemmed and hawed and printed all the press and blog posts and decided that for that amount of money, the national press should outweigh the blog posts and unfortunately with the first firm it didn’t even come close. We decided to change public relation firms, only this time we went to the best of the best, one of the national big guns. They charged more—$6000/month—but everyone who used them loved them. We loved them too. They helped us open our restaurant with a buzz that I don’t think we could have gotten locally. We won awards and our national press flourished. We struggled to pay the monthly fee but still found value in the services they provided. Then we found out from a friend in Los Angeles what they had paid the same PR firm. For the same services, they paid $2500. We couldn’t believe it. They were in a metropolis where national press and TV was constant and we were scraping by to pay this astronomical fee.

Our hearts broke. We trusted them to understand that we weren’t in a position like a restaurant in L.A., and our monthly fee really affected us. At that moment we decided to stop playing the game. If we didn’t get press, we didn’t get press. We could give a job to someone who needed it for the amount of money our little restaurant had struggled to pay the PR firm over the years. We started our own in house public relations and while it may not garner Today Show appearances, it is something we are OK with. Having a PR firm is nice, especially if you are getting the super deal like my friend, but it’s not what makes or breaks you in marketing. It’s a luxury and if you can afford it, it’s worth it. If you can’t afford it, then the value won’t be there no matter how hard you try to find it.

Marketing a restaurant and or chef can be a really fun job if you have the time and like doing it. If you that’s not your cup of tea, there are people who love marketing food and who are really good at their jobs. In the restaurant industry we often say that it takes a village, and truly it does. Understanding that as a chef or restauranteur you may not be a marketing guru or have the social media insight to promote your restaurant effectively is a valuable gift. The sooner you focus on what you are good at and find the right partners to take on the rest, the better off your restaurant will be.