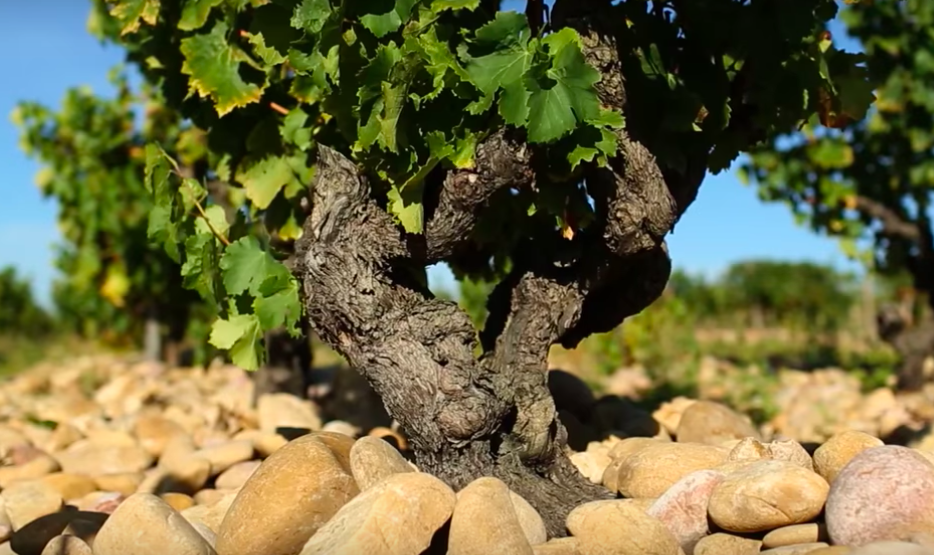 Chateauneuf-du-Pape literally means "New Castle of the Pope", but not just because Pope John XXII built his summer residence here in the 14th century. Since 121 BC the Romans had already called the site Castrum Novum, "New Castle". Later the Latin name was replaced with its French equivalent, "Chateauneuf" and the French word for lime, “Calcernier” was added. This was to signify the limestone quarries that were found there. Hence the village officially became known as Chateauneuf Calcernier. After the Pope's arrival in 1323 and the building of the Papal castle, the commune was sometimes referred to as Chateauneuf du Pape or Chateauneuf Calcernier dit de Pape, but it wasn’t until 1893 that the name officially became Chateauneuf-du-Pape.

By the 20th century little of the Pope's original castle had survived and during WWII the German army used the elevated site as an observation post. When the Germans retreated in 1944, they destroyed most of what was left of the castle. That which remains today is little more than a section of the south wall. C'est la Guerre. Chateauneuf-du-Pape is located on the east bank of the Rhone River between Orange and Avignon. Currently 95% of wine production is red with the remaining 5% being white. Overall, 18 grape varieties are permitted in the production of Chateauneuf-du- Pape, although not all are required nor all typically present. Most wines are Cuvées, with reds being made predominately from Grenache, with Mourvèdre and Syrah often playing supporting roles. White wines are made predominately from Grenache Blanc and or Roussanne. The Chateauneuf-du-Pape AOC does not permit the production of rose'. The terroir is a diverse combination of soil types from pebbles and large stones called gallettes, to sand and loam. This diverse terroir works well here considering the many varietals grown and their varied, particular soil preferences.


Besides being home to some of the best Grenache wines in the world, Chateauneuf-du-Pape was also the first French wine region to obtain "Appellation d'Origine Controlee" status, often referred to by its acronym, AOC. In 1923 Baron Le Roy of Chateau Fortia developed a criteria to improve the quality of wine in Chateauneuf du Pape and in 1932, based on these criteria, Chateauneuf du Pape was granted AOC status. These criteria were of considerable significance, since the entire French wine appellation controlee system is based on them.

Red Chateauneuf-du-Pape is a full-bodied wine that drinks well relatively young but in the right vintage and from the right producer, makes a wine that can be laid down for several decades. The white wines range from delicious to dull and should be drunk within the first two or three years. Robert Parker wrote, “that given the strength of this heady wine, and the enormous number of tourists that descend on the village, I have always considered driving in these parts among the most risky in France”. Chateauneuf du Pape can often reach 16% alcohol by volume.

Although prices for CDP have risen steadily over the last few decades, relative bargains can still be found here compared to the astronomical prices in Bordeaux and Burgundy.