When The Strength Of A Restaurant Is Also Its Danger 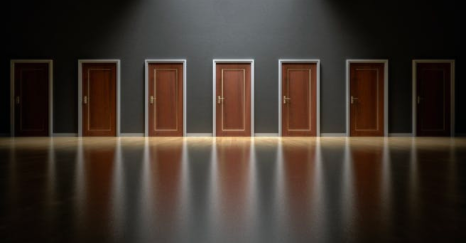 Shortly after I moved to New York for college, I applied to be a hostess at Otto, Mario Batali's Italian restaurant in Greenwich village. I was 19 years old. I had no interest in food or restaurant culture at the time, but I remember feeling that even if my job was just to greet and seat customers, that I was a part of something exciting. What I found was a new kind of family, with all the love and toxicity that can only exist in the tight-knit structure of intimacy.

I've written in the past about how I think everyone should work in restaurants at least once in their life. There are relationships you create at restaurants that stay with you, and skills that shape your professional abilities for the better. Working in the service industry is now fundamental to who I am as a person, as a writer.

But over the last couple months with the flood of allegations breaking out about celebrity chefs — two of whom I worked for — this part of myself that I thought I knew so well has been challenged. I remember laughing when I was catcalled by a busboy, and pretending not to notice when someone brushed up against me sort of suggestively, and I even smiled when Mario Batali winked at me and kissed my hand; but the latest allegations against chefs Batali, John Besh, and Johnny Iuzzini show that this kind of exchange — what I personally experienced — are the roots of a dark and toxic culture of misogyny and sexual assault.

I worked in a couple other restaurants after Otto — another Mario Batali restaurant, Casa Mono, as a reservationist, and at Jean George's flagship as a maître d' — and this was the case everywhere I worked.

The tasks of working the host stand seem easy enough, but in practice not as much. You learn that "the customer is always right" means you have to smile and apologize when someone shows up 45 minutes late to a reservation and you gave away their table. It means being yelled at by servers for seating their section all at once, when really you have no say in the matter. Or having your maître d' chew you out for not noticing that table 20 was on dessert, even though you've been running nonstop all night and damn they just got that olive oil gelato anyway!

But there's nothing quite like the rush of working dinner service on a Saturday night. When a restaurant is humming and all the puzzle pieces of service fall into place and everyone has been sat and the kitchen is firing things on time, it makes you forget you're working a double and didn't grab something at family meal.

Working in this kind of intoxicating and exhausting environment makes you close with your coworkers. You yell at each other and then go out to drink and forget about everything that happened during service. You eat really good food together at places you probably can't afford. You make friends with the line cook who always sneaks you bites of pizza when the last table still hasn't left, or the manager who lets you do coat check so you can pull in the extra tips. These are the kind of people you want to go out with late on Monday night and spend all those tips. They become a dysfunctional family of sorts. And when you're a family, you tend to know everyone's dirty laundry.

So while the stories coming out now against these prominent chefs are revolting and rage-inducing, they also aren't anything people in the industry didn't know or feel themselves. And this is what makes news like this even more painful. People knewthis was happening. Because we were family, I wasn't phased when I learned that restaurant owners were having sex with customers and staff in the bathrooms during service. That was just the industry, right? I didn't stop to think that maybe it was more than creepy that men in powerful positions were sleeping with — and then marrying — other hostesses.

Sexual harassment is normalized in restaurants. It is ingrained. It might be getting its deserved attention in this moment, but it has always been there. In the recent New York Times piece when restauranteur Ken Friedman is accused of sexual harassment,an ex-employee said when she confronted April Bloomfield about Mr. Friedman, she said "That's who he is. Get used to it. Or go work for someone else." As shocking as this is — especially for someone who was just featured on the cover of Cherry Bombe — it's also, unfortunately, unsurprising.

And then there's Batali's response to the allegations made against him, where he stated that "we built these restaurants so that our guests could have fun and indulge, but I took that too far in my own behavior." As if to say, as Jaya Saxena said so smartly in GQ, that he — oops — ate too much pasta for dinner. He indulged too much, as if the women who worked beneath him were simply objects to consume.

The restaurant industry blurs the line between power, sex, and food. But things are starting to change, or at least being recognized for what they are. "Batali's disregard for boundaries has in the past been a foundation of his mythology, a thing not to recoil from but to admire; in the context of the current #MeToo movement, his behavior is just repugnant, "explains Helen Rosner in The New Yorker.

Lately I've been looking back at my time working front of house and wondering about the things I missed. If by brushing off the smaller things, especially from my superiors, was I was saying that this kind of behavior was fine? Was I helping in the normalization of sexual harassment? When I first worked at Otto and grew to admire Batali and the space he took up, was I hurting my restaurant family? In the wake of #MeToo, can I do better?

Kitchn is not usually in the business of talking about restaurants, but we do talk about families of all kinds. Families have a tendency to protect their own — the good, the bad. Restaurants are their own rough type of family, heated and intimate and high-energy, where loyalty to the pack and showing your own tough skin is everything — especially for women.

The dynamics here of blind protection and the conversations being had around sexual harassment affect everyone, in every kind of family. It affects us as home cooks, at the family table. How we talk about food and the voices we give power to matters. Who we give our money to matters. Listen to women and keep speaking up if you're able.