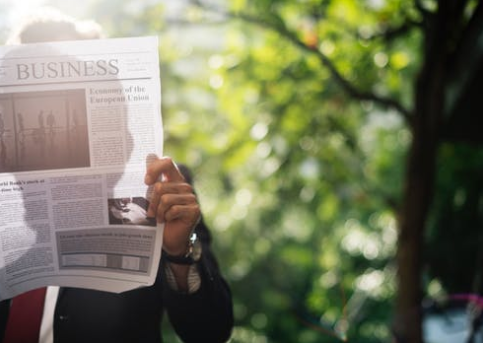 Are changes coming to the Oscars of the food world?

In the wake of explosive reports alleging that prominent, James Beard Award-winning restaurant-industry figures like Mario Batali and John Besh have harassed multiple women, the James Beard Foundation is evaluating its policies.

The James Beard Awards are considered among the highest honors in the American restaurant world. On Thursday afternoon, the Foundation issued the following statement:

The James Beard Foundation and our independent, volunteer James Beard Awards Committees recognize the seriousness of the sexual harassment and misconduct revelations surrounding some previous JBF Award winners, currently unfolding in the press and on social media. We do not condone any behavior contrary to the values of good leadership that our awards represent or that in any way thwarts the opportunity for everyone in our industry to thrive. With our awards and other programs, we remain committed to cultivating, celebrating, and honoring chefs and others in our industry who demonstrate both gastronomic greatness and good leadership.

As we continue to monitor the news, the Foundation and its Awards Committees are evaluating our policies to both ensure the integrity of our programs, and be certain they remain a beacon of excellence and source of inspiration in our industry.

When asked to clarify what policies were being evaluated, a rep told Eater that the Foundation has tasked the Restaurant and Chef James Beard Awards subcommittee with “reviewing the situation” and making recommendations. Those recommendations would be reviewed by the Awards Committee, who, per the Foundation, “determine policies and procedures” for the Awards. According to the rep, the subcommittee is “planning to convene over the next several weeks.”

The Restaurant and Chef Awards committee is responsible for narrowing down the thousands of entries the Foundation receives for its restaurant and chef awards down to about 20 semifinalists per category. Then, a larger voting body that, per the Foundation, includes “over 300 previous James Beard Restaurant & Chef Award winners; 250 panelists divided evenly among 10 regions.... and 17 members of the Restaurant and Chef Award subcommittee” votes, creating the finalist list. The same voting body elects the winner in each category.

It's unclear what recommendations might result, or if the annual awards gala will change in a visible way. Semifinalists for the 2018 James Beard Foundation Awards will be announced on February 15, and nominees on March 14. The James Beard Awards Gala will take place on May 7.

Batali, a television star, cookbook author, and prolific restaurateur, has won five Beard Awards, including Outstanding Chef, and was inducted in the Foundation’s Who's Who of Food & Beverage in America in 2001 (it’s basically the Beard’s Hall of Fame). Following allegations of sexual misconduct, the chef has stepped away from his restaurant group.

Two-time Beard winner Besh is also a Who’s Who inductee. The first major chef to be the subject of an expose in this post-Weinstein moment, Besh stepped down from his restaurant group, which allegedly fostered a culture of harassment, in October. Johnny Iuzzini, who has been accused of sexual harassment and abuse, won one James Beard Award for Outstanding Pastry Chef.

Restaurateur Ken Friedman is the most recent Beard Award winner to come under scrutiny. In 2016, he won the Outstanding Restaurateur Award for his work at the Spotted Pig, the Breslin, and Tosca Cafe. He’s been accused of sexual harassment, and has taken an indefinite leave from his restaurant group.