We Can No Longer Divide The World Between Beer And Wine Drinkers, Economists Say 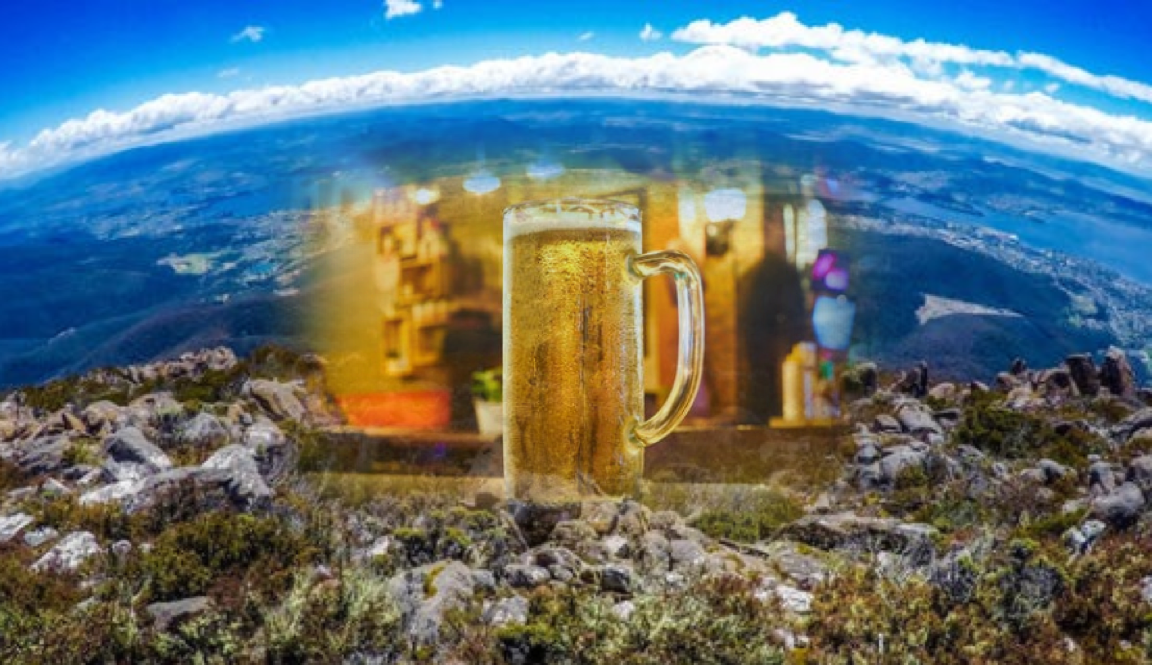 You can't be a real country unless you have a beer and an airline. It helps if you have some kind of football team, or some nuclear weapons, but at the very least, you need a beer. Frank Zappa

Though beer predates the modern nation-state by several millennia, its production and distribution has long been tied to political power and in?uence—from the medieval role of monasteries to the crucial role of taxation of commercial brewing in funding British imperialist conquests. It’s no surprise that 19th-century nationalist movements drew on regional beer-drinking customs to support their causes. The Irish republican cause spread through drinking songs over Guinness in rural pubs. Czech pivovars and German brauhauses in ethnically diverse Bohemia became the means through which citizens mediated ethnic tensions and alliances.

What is the fate of the mythic beer-drinking nation in a globally integrated economy?

These popular histories still shape our perceptions of which nations are the biggest beer drinkers today. When we think of Germany, we imagine lederhosen-donning Bavarians toasting liters of heady pilsner every autumnal Oktoberfest. Britain conjures images of Londoners crowding into pubs after work to share pints of porter and pale ale. And then there’s the café-centric Belgium, where beer connoisseurs travel to experience sweet abbey ales, perfect pours, and ornate glass goblets.

Beer plays such an integral role in the social life of these nations because of their historical geographic and material limitations. The most famous beer-drinking nations have temperate weather. The perpetually drizzling Britain and mild-seasoned Germany lack the warm Mediterranean conditions necessary for vineyards. But they also don’t experience the frigid winters that characterize the spirits-drinking cultures of Nordic and Eastern European countries. Geography has had an obvious historic in?uence on the production and consumption of alcohol, as has ancestry, culture, religion, and economic trends.

What is the fate of the mythic beer-drinking nation in a globally integrated economy?

The Beer-Drinking Nation: Myth or Reality?
Forget lederhosen and lager pride: which nations actually consume the most beer? Global beer consumption has long been concentrated in three nations: the US, Britain, and Germany. In 1960, these three accounted for more than half of worldwide beer consumption by volume. Fifty years later, in 2010, they claimed less than one quarter. What happened?

The simple answer is: China, Russia, and Brazil—and fast.

Over the past decade, China surpassed the US as the single largest beer market, Russia overtook Germany, and Brazil surpassed Britain.

Over the past decade, China surpassed the US as the single largest beer market, Russia overtook Germany, and Brazil surpassed Britain. These simple observations suggest major changes in global beer markets but not what caused them. It may be that beer consumption declined in the leading countries, or that beer drinking increased in the emerging economies or in countries which traditionally consumed mostly other alcoholic beverages such as spirits or wine. It turns out that all three are true. Markets in traditional beer-drinking nations are shrinking while beer markets in emerging economies and in traditional wine- and spirits-drinking countries are growing.

What caused these changes? The fact that both China and Russia started consuming more beer when they switched from communism to capitalism may suggest that economic ideology (or the market) has something to do with it. Our research together with Liesbeth Colen, an economist formerly of the University of Leuven and now at the European Commission, suggests it may have, but indirectly so. We ?nd two crucial factors: economic growth (income) and globalization.

What happens when people have more or less money to spend? Economists and psychologists have argued about the impact of economic recessions on alcohol consumption patterns. Psychologists suggest that alcohol consumption, in particular alcohol abuse, increases during recessions as a response to the stresses of economic downturns. However, economists argue that as people’s incomes fall during recessions they have less money to spend, and thus beer consumption will fall. Donald Freeman, an economist from the Sam Houston State University in Texas, who has carefully analyzed various datasets with different methodologies, concludes that, at least for the US, the data say that beer consumption does fall when incomes decline, and vice versa, but that the effect is modest.

The relationship between income and beer consumption is not ?xed; it changes when countries get richer.

But these studies typically focus on the short run—recessions typically last only a few years, after all. So what about the long run? Would we see the same reaction between income and consumption during, say, the Great Depression? Our research suggests probably not. The relationship between income and beer consumption is not ?xed; it changes when countries get richer. In other words, the impact of increasing incomes in poor countries like China is different than increasing incomes in rich countries like the US. For “emerging countries” there is a clear increase in beer consumption over the past decades—a period of rapid income growth for most of these countries. Yet in the richer “beer-drinking nations,” such as Germany, the US, and Belgium, where incomes have also increased, the evolution of beer consumption is very different. It looks like what economists call “an inverted U-shaped correlation.” If people are poor and get wealthier, they can afford to spend more, and they consume more beer. But at a certain data point this trend hits a turning point, and beer consumption begins to fall as incomes rise.

The global convergence of tastes

In James Joyce’s Ulysses, Leopold Bloom speculates that “a good puzzle would be to cross Dublin without passing a pub.” The venues are somewhat omnipresent along the twisty cobblestoned streets. Residents have go-tos, while newcomers learn that little distinguishes one darkened room and pint of mixed from the next. And the habitual after-work pint of Guinness is a given. Or is it?

Recently, Dublin has become somewhat of a magnet for foreign investors and headquarters of global companies thanks to low taxes on corporations. And as the big glass of?ce buildings for multinationals have reshaped the horizon line, a crop of airy wine bars with international specialties, trendy décor, and tasting menus have found unexpected success among the old public houses of yore.

Dublin is not an exception. Trendy wine bars have opened up all over London and Brussels. As traditional beer-drinking nations get richer, they can afford to drink more exotic, imported beverages, such as wine and spirits. Inhabitants of traditional beer-drinking nations travel more as incomes increase, they are exposed to different tastes, and they’re living in a more globalized world where the cost of imported wines and spirits has fallen. Declining prices for imported wines and cosmopolitan tastes may make the traditional pilsners of their grandparents seem old fashioned, as the next generation opts for something exotic: wine and spirits.

Interestingly, this trend works the opposite way in countries where spirits and wine were the traditional drink. While Dubliners and Berliners now increasingly sip on wines, Parisians, Romans, and Russians now see an exotic quality to beer that they didn’t before. As incomes increase in traditionally wine- and spirits-drinking nations, we observe an increase in beer consumption.

The concept of beer-drinking nations (like Ireland and Belgium), wine-drinking nations (like Spain and Italy), and vodka-drinking nations (like Russia and Poland) is a thing of the past. Globalization has made the world’s alcohol consumption patterns much more homogeneous than those of our ancestors. The impact on the breweries and the wineries is mixed. Those that have focused primarily on domestic consumers have seen their markets divide, and many have disappeared.

In contrast, those breweries that looked across the borders of their native countries saw their diminishing home market replaced by a much bigger global market. Today, Heineken, Guinness, Corona, and Stella Artois are available around the globe. Belgium is a good example of these dramatic changes. Belgian breweries have adapted well to the changed market conditions. While domestic Belgian beer consumption has declined sharply, production has actually increased—much of it directed for export to so-called traditionally wine-and spirits-drinking countries.

A global “convergence of tastes” is changing alcohol consumption patterns. Nations that have long consumed a majority of their alcohol as one traditional drink are now consuming non-traditional forms in higher quantities. Today’s drinkers are not taking their cues from geography or the traditions of their ancestors when determining their drink of choice.