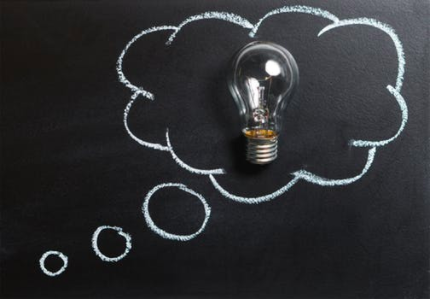 The first thing you notice is the smell. An acrid eau-de-wet-garbage mixed with electrical fire and burning diesel. Mad Max meets scratch and sniff.

Breweries and distilleries have a distinct aroma, like moist bread. The backrooms of gin distilleries can fill with the scent of cardamom and juniper and smell like a Silk Road spice cart. During harvest season in Napa, the work of yeast fermenting wine permeates the whole valley.

Despite the presence of fermentation tanks and mega stills, this place smells like somewhere all those things would go to die. It is.

It’s where the dregs of every vodka still and every 9-year-old barrel-aged small batch bourbon expire. It’s where all the watery beer that didn’t end up at frat parties does its final keg stand. And it’s the fate that awaits the wine Robert Parker spits and finds not up to snuff, and where cases upon cases of merlot likely were sent after the pinot-pocalypse that was Sideways.

The life of a California wine starts with such promise.

From a vineyard in Napa, a bottle of red can travel to a five-star restaurant in Manhattan, or a well-heeled dinner party in Tokyo.

But for some unlucky vintages, it’s a quiet drive more than 400 miles south down the coast of California, to Parallel Products, where, in a facility surrounded by scrub brush, scrap heaps and festering waste ponds, a bottle of fermented grape juice can be dumped into modified stills and converted into fuel-grade ethanol.

Beverage Destruction and Fuel from Waste Services from Parallel Products on Vimeo.

Commercial distilleries have been churning out ethanol as far back as World War II, but ones that turn our waste alcohol into fuel are relatively new.

Those forlorn wines turn east at Los Angeles and head 140 miles more down the San Bernardino Freeway ending up in Rancho Cucamonga, on the outskirts of the suburban sprawl that extends basically unabated from where Malibu hits the water. Palm tree-lined shopping developments full of In-N-Out Burgers, tanning salons and Sam’s Clubs, punctuated only by massive car dealerships (five or six at a stretch) and the occasional meth lab, quickly give way to scrub brush, scrap heaps, and festering waste ponds and the end of the line for the cast offs of the beer, spirits and wine industry.

How I ended up here standing on the roof of a rented Dodge in the dark, damp, Rancho Cucamonga night amid car-eating steel separators and monolithic humming electrical towers pointing a camera at rusted fermentation tanks in a junkyard speaks to the very reason for the facility’s existence—the last stop in a side of the wine world nobody ever thinks much about.

This is the home of a company that might not manage the trick of turning water into wine, but turns wine into fuel-grade ethanol on a large scale.

At the gate, you’d be forgiven for worrying your lungs might be seared by whatever noxious odors assault your olfactory senses, next to the sign warning you of the presence of detectable amounts of chemicals known to the state of California to cause cancer, birth defects and other reproductive harm.

With a guard standing behind him, a manager declines my request to tour the grounds.

He’s sorry, he tells me, but “we destroy some products here that the brands don’t want people to know about.” Then adds, “Believe it or not.”

It is one of two ethanol recovery facilities operated by 30-year-old Parallel Products and where it turns the West Coast’s distillery waste and unsellable (or “distressed,” in industry parlance) wine, as well as beer and corn syrup-rich soft drinks into fuel. A similar company, MXI Environmental, took large shipments of Four Loko, the banned alcoholic energy drink, at its Virginia facility a few years ago.

These companies portray themselves as greenwashing saviors producing “waste-derived renewable fuels.” An ad for Parallel’s services in Beverage Industry News asks, “What’s important to you? Security… Brand Protection … Tax Recovery… The Environment?” over a backdrop of green grass, a tree and the sky. This is a face of the energy industry to which we’ve become used. But Parallel isn’t quite an energy company, is it?

The company purchased the facility in Rancho Cucamonga in 1979 from E.J. Gallo—this area of scorched earth was once a wine producing region. Parallel modified and added to the existing fermentation tanks and stills on the property, which dates back to the 1800s as a winery. It’s now fitted with the means for destroying the products it once created. 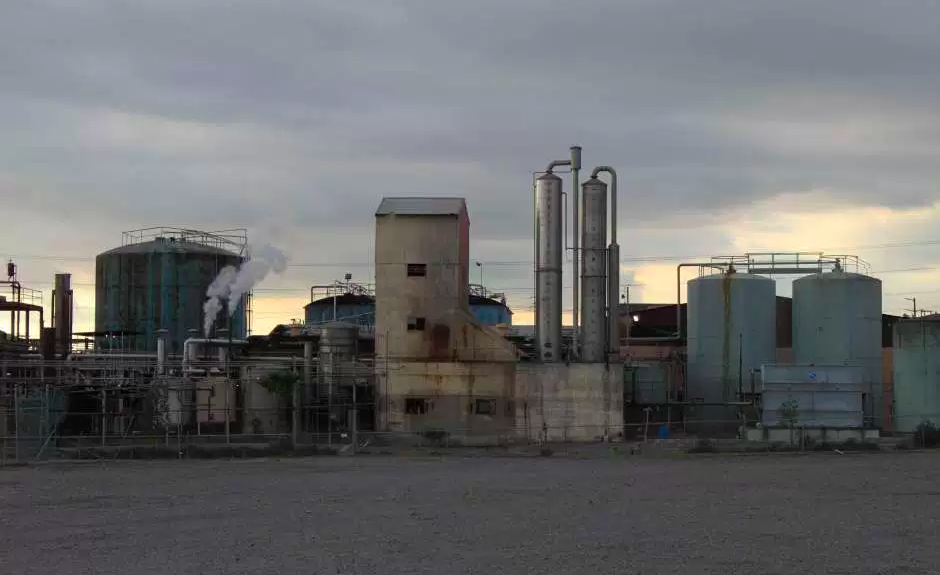 Not far from Parallel’s smoking skyline, wedged between power generators and warehouses for big box retailers, are the remnants of an old vineyard. Gnarled Zinfandel vines twist only a couple of feet off the ground just down some abandoned railroad tracks from Parallel’s clanging work.

The main products destroyed at Parallel are either waste from the distilling process (commonly known as the “heads” and “tails” of each batch—this is the part you throw away unless you want to go blind), or “distressed surplus” beverages. According to its website “Each year, Parallel Products receives and recycles over 13 million cases and 3 million bulk liquid gallons of unsaleable beverage products.”

So just how does a wine become “distressed?”

Despite idyllic visions you may have of Peter Mayle lounging in verdant idylls in Provence, winemaking is a tough business and its consumer a constantly moving target.

In the wine industry, when your product outweighs your demand, there are few ways to legally dispose of it. With permission from the state, pouring it down the drain at specially equipped public facilities is one method, but when it’s already bottled and labeled, there are prohibitive labor costs and headaches involved. And somebody might see you do it.

In another industry, a producer might just slash its prices, but in the wine market, if last year’s $20 Merlot is selling for $10 this year, brand reputations can suffer irreparable damage and affect the value of future vintages. In some instances, the discovery that you’ve been dumping product can be just as damaging. When nobody wants you, the last thing you want is for the market to find out that nobody wants you.

And so Parallel, a place that processes skunked beer, tainted liquors and flat colas into gasoline additives, becomes an attractive option for a perfectly palatable Pinot.

Overproduction, due to the long lead time involved, is a notorious problem in the wine industry, according to Robin Goldstein, author of The Wine Trials and a visiting scholar in the department of economics at UC Berkeley who has long studied wine economics and trends. According to Goldstein, “It’s always been a risk factor and cost of doing business,” and it’s becoming more difficult all the time.

The problem, he says, is that producers tend to overreact to short-term trends.

Even under the best of circumstances the wine market is unpredictable, with a huge amount of guesswork involved and the the years it takes for newly planted vines to come to maturity.

Not least of the contributing exigencies of managing inventory is factoring in the pronouncements of a few influential critics and scorers, such as Robert Parker or Wine Spectator.

On this side of the Atlantic things are a little different (as are libel laws), with a few powerful critics more or less having their ways with domestic producers. “The undue influence of wine critics and 100-point scores has a really negative effect on producers in general, but especially on producers’ ability to manage inventory from year-to-year and to not overproduce.” says Goldstein. The problem arises, “when you have scores that are being assigned fairly arbitrarily in an unscientific way—as has been shown again and again by economists and neuroscientists,” including in work done by Goldstein himself.

“The human palate is so fickle,” he says, “and critics are influenced by extrinsic factors and often don’t taste blind, so the evaluation of the wines is an unfair process, but can have a huge influence on the market.”

Demand and large orders can skyrocket for a wine that gets a Parker score over 90. Dramatically increased production for the next crop, of course, follows. When Parker goes to taste the next year’s vintage, let’s say, he gets stuck in traffic on the way or has a toothache, and gives it an 88. Overage—faster than you say “ton merde.”

“The most notorious example is known as ‘The Sideways Effect,’” Goldstein says, referring to the fervor for pinot noir and disdain for merlot immediately following the Paul Giamatti movie. How did Hollywood throw the market into a tizzy? There have been serious academic dissertations written about this.

In the Oscar-winning 2004 film, Giamatti’s character, Miles, famously has a penchant for Pinot Noir, and is emphatic that he is “NOT drinking any fucking Merlot.”

Winemakers were blindsided. While stock in Pinot suddenly skyrocketed, demand for Merlot plummeted. By the time the wines came to market, the demand was, of course, no longer what it had been.

Parallel Products, however, you can be sure, churned out plenty of ethanol made from Merlot in the following years. And for years after, when the demand for Pinot came back to earth, Parallel Products surely had a whole new source of raw material, making Pinot-fuel for your Prius.