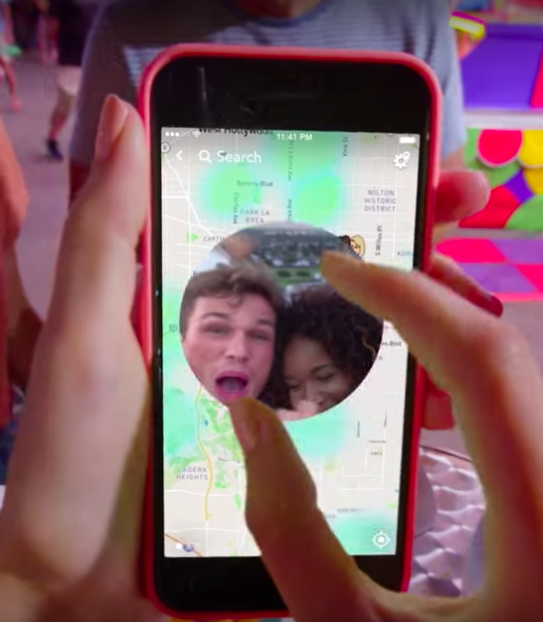 Restaurant brands wrestle with growing impact of social platforms on loyalty, delivery and where to invest resources

Restaurants are watching new players pour into the digital and social spaces, offering swipe-friendly food ordering and delivery — sometimes at the expense of the very apps many have sunk big money into developing.

These digital platforms are disrupting the restaurant-patron dynamic as never before, forcing brands to pivot to where their customers spend most of their time. The latest entrants include household names in the social, mobile and digital realms: Amazon, Facebook, Slack.

“Digital is redefining how consumers engage with brands — and how brands interact with their customers — at every stage of the customer experience,” said Dylan Bolden, senior partner of global business firm The Boston Consulting Group.

Already, restaurants are reallocating more resources to social platforms. As a result, brands are expanding beyond social media as a marketing/customer-relations tool to a tool for ordering and delivery.

These social platforms offer the allure of a hot, fresh meal delivered without interrupting a good run on Candy Crush Saga.

Some restaurants, like Darden Restaurant Inc.’s Bahama Breeze and Seasons 52, have tested the use of social to reward loyal customers with messaged discounts and acknowledgements.

Savvy restaurant brands position themselves digitally right in the very face of potential patrons on their laptops, pads and mobile devices. Recent examples include:

-Taco Bell and Domino’s Pizza taking orders via the office-communication platform Slack with its 6 million daily active users in September.

-Chipotle, Denny’s, Five Guys, Jack in the Box and other brands partnering with Facebook to take orders directly through that social-media platform and not asking consumers to go to another site or app. (Facebook has 2.1 billion monthly active users.)

-Snapchat, with 158 million users added geofiltered Context Cards, allowing users to swipe up on individual messages, or snaps, to reveal additional information pulled from various partners like TripAdvisor, location-based platform -Foursquare, restaurant reservations services OpenTable and Resy, and ride-sharing services like Uber and Lyft. The company said it would be adding partners and features to the Context Cards, which could include ordering and affinity programs.

-Amazon, starting with pioneers like Wingstop and Domino’s last year, has expanded its Amazon Restaurants to more than 20 major U.S. cities, allowing hungry consumers to ask Amazon’s Alexa voice platform to take orders and arrange delivery of food from the comfort of their homes.


Restaurant loyalty programs and mobile marketing are finding a home on these platforms, which helps brands attract and retain digital-savvy millennials and Generation Z’ers, Bolden said.

Those platforms are clearly where consumers are making their restaurant decisions, and they are growing more accustomed to meeting retailers there.

Many U.S. companies are looking to the delivery revolution abroad, especially in China with its heavy digital penetration.

Like Amazon in the U.S., Chinese e-commerce companies such as Alibaba Group Holding Ltd. and Tencent Holdings Ltd. have made large investments in food delivery and seamlessly integrated it on popular social media, like the ubiquitous Tencent-owned WeChat, and other messaging services.


“Clearly, there will be no one-size-fits-all digital strategy for restaurants,” Bolden said. “Variants in consumers’ preferences and purchasing occasions, as well as differences in restaurant business models and economics, mean that multiple permutations and combinations will coexist.”

Restaurants, including Wingstop, Pizza Hut and TGI Fridays, were early adopters last year of ordering through chatbots (computer programs that simulate human conversation) on Facebook’s Messenger app and on Twitter.

But Facebook announced in October that it was simplifying the process further, allowing customers to get meals for takeout or delivery through its smartphone app’s new “Order Food” section.

Alex Himel, Facebook’s vice president of local, in announcing the social platform’s new feature, said: “We’re taking the time out of finding what you want to eat by officially launching the ability to order food for pickup or delivery, directly on Facebook. People already go to Facebook to figure out what to eat by reading about nearby restaurants, and seeing what their friends say about them. So, we’re making it even easier.”

“You don’t have to search through multiple places to find what you’re looking for,” Himel wrote in a blog post. “From local spots to national chains, Facebook connects you with old favorites and new discoveries in just a few taps. You can even check out what your friends have to say about a restaurant before you order your food.”

Facebook has been testing the Order Food option since last year but didn’t roll it out until October, when it had gathered more delivery and restaurant partners.

Facebook allows users to sign up for deliver accounts without leaving Facebook, Himel said. The Order Food option so far is offered in the U.S. only and is available on iOS and Android smartphones and desktop computers.

For those who get hungry while at the office, Taco Bell, a division of Louisville, Ky.-based Yum! Brands Inc., and Domino’s now offer ordering through the office-communication platform Slack.

xTaco Bell has offered the service since last year, but Domino’s announced its partnership in early November. The Ann Arbor, Mich.-based pizza company said co-workers on the software platform could organize and place a group order without ever leaving their cubicle.

“Collaboration on a big project can now carry over to collaborating on a team lunch order,” said Dennis Maloney, Domino's senior vice president and chief digital officer, in a statement.

For Domino’s, which pioneered Twitter ordering by direct-messaging a pizza emoji, the Slack offering made sense. "We love to make ordering as easy and convenient as possible, and that includes ordering for the workplace,” Malone said.

Domino’s now gets about 60 percent of its orders through digital channels, Bolden said. And St. Louis, Mo.-based Panera Bread Co., which introduced its technologically enhanced Panera 2.0 in 2014, gets about a quarter of orders digitally, he added.

“Best-in-class restaurant brands are spending 30 percent, 50 percent and even as much of 90 percent of their marketing budgets on digital — shifting money and resources away from traditional digital channels (such as banner and display ads and [search engine optimization]) to mobile and social channels with a focus on performance and target marketing,” Bolden said.

The shift to digital can also have positive effects beyond off-premise sales and loyalty, Bolden said. It can also assist operations.

“Digital leaders are looking to go further,” he said, “by digitalizing their operations and tying what is happening in the store to customers’ digital behavior in real time. Websites and mobile apps reflect current store menu items — by store — for example, so customers can’t order out-of-stock items.”

Customers are increasingly growing accustomed to getting what they want when they want it, conditioned by the nearly immediate gratification provided by logistics and digital giants such as Uber and Amazon through UberEats and Amazon Restaurants.

Not all restaurant executives think social-media platforms are necessary. Bruce Dean, CEO of the 105-unit Redding, Calif.-based Black Bear Diner family-dining chain, said his company relies on more traditional email offers for special occasions like birthdays and a paper-based “passport” that rewards loyal customers for visiting a number of locations.

Restaurants and chains that haven’t yet made the jump into cultivating a social or digital program aren’t left in the hands of fate.

Kathleen Buehler, executive director of White Box Social Intelligence, a division of Dallas-based analytics firm TDn2K, said restaurants haven’t missed the boat and still can get a return on an investment.

“Brands who are late to the game on social have to start with the basics, such as claiming their rogue social pages, selecting social-listening software and setting a plan to staff digital-guest relations,” Buehler advised.

“Those building blocks aren't shiny,” she said, “but are essential to having success — and ROI — down the line.”