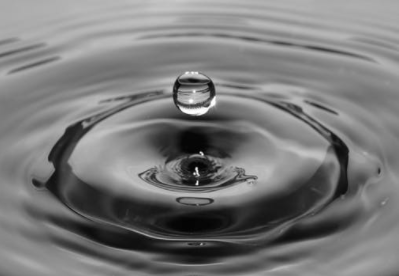 Environmental issues are a concern for Californian wineries, so Cathy Huyghe takes a look at the measures being taken to produce wines sustainably.

This article first appeared in Decanter magazine’s California supplement 2017. It is currently featured on Decanter.com as part of a sponsored campaign with the California Wine Institute.

According to research published by the National Academy of Sciences, 73% of today’s viable wine-growing land will be lost to climate change by 2050. While that statistic is alarming, it also doubles as a rallying cry for Californian wineries and growers, who are already responding to climate change.

Efforts are two-fold: while reducing their own impact on the environment, producers must also find ways to combat the daily effects of climate change in their vineyards.

The question on everyone’s lips is: how green is my vineyard?

Although the agricultural industry (and the water table itself) have seen some relief from drought conditions in the past year, it’s important to recognise that water is in high demand throughout the lifecycle of a bottle of wine. Viticultural practices may be the most obvious use of water, but water is also needed to clean and sanitise equipment inside the winery – including barrels, tanks, presses and crushers.

High water usage from cleaning, as well as the costs and regulations around that water, are now motivating more wineries to reduce in-facility demand. Some are capturing rinse water for reuse, for example; while others have shifted from a heavy reliance on barrels to using stainless steel tanks, which are less demanding in terms of water usage.

Using less water, however, is just one way producers can reduce their environmental impact. Others include assessing where vines are planted and deciding which varieties to plant.

Increasingly, vineyards are being established in what used to be known as marginal areas, using grapes that are better-suited to dry-farming methods. Think more Carignan and Valdiguié, less Cabernet Sauvignon and Chardonnay.

Winemaker Chris Brockway from Broc Cellars, a Berkeley-based urban winery, uses organic or biodynamic grapes grown mainly in areas that are considered marginal. These include the Solano County Green Valley AVA (American Viticultural Area) located southeast of Napa Valley close to San Pablo Bay, which has a maritime climate, and the inland areas of Mendocino County.

According to Brockway, when people think of Mendocino, they think of places like the Anderson Valley, which is located closer to the coast with a cooler climate. But ‘marginal’ doesn’t always mean ‘cooler’. He points out that Mendocino County is very large and the majority of it is inland – where it’s very hot.

‘One of the grapes we make the most of there is Counoise,’ he explains. This Rhône grape is one of the newer varieties that Brockway is working with.

‘It loves heat. You can have temperatures of 32°C and the sugar slowly rises as it retains acid. Counoise is one of the last varieties we’ll pick at harvest, maybe at 22° Brix [around 13% potential alcohol]. It produces a very balanced wine that ages beautifully,’ he adds.

It’s a grape variety that he believes ‘makes sense in California’. He explains: ‘Picpoul is a self-regulating grape in a sense, that doesn’t spike sugar-wise.’

Brockway also has his eye on ‘more offshoot areas’ where dry-farming is still viable, and where he can offer support to growers, encouraging them to retain older vines. He confesses that old-vine vineyards, planted with grapes such as Carignan, Valdiguié and Zinfandel were what originally drew him to California. The fact that those vineyards are also non-irrigated has been a plus.

‘A lot of the old-vine stuff is dry-farmed,’ he says. ‘The roots go so deep, they’re not even on the surface, so they performed better at the start of the recent drought.’ Many of these vineyards have been dry-farmed since the day they were planted – that’s 50 years ago for Valdiguié and around 140 years for Carignan.

Nonetheless it can certainly be a challenge to find a home for these more historical and lesser-known grape varieties. Brockway’s goal is to pay the growers a fair price for their grapes to ‘convince them not to replant with Cab’ (or indeed other Bordeaux and Burgundy varieties that need to be irrigated), while also keeping the end price of the wine low enough for most people to afford.

It’s easier to convince growers to keep a lesser-known grape in the ground in smaller areas like Green Valley, which many people bypass. Working with something like Valdiguie? in, say, Calistoga, is a tougher battle, Brockway admits – but he is persevering.

Seeing old vines thriving or noticing sheep grazing between rows in the vineyards and falcons flying overhead to keep pests to a minimum, are obvious and visible signs of a healthy ecosystem in a vineyard. There are also less obvious signs; micro-organisms in the soil that can’t be seen by the naked eye, permanent cover crops or stream setbacks planted with buffer crops.

Such indicators are yet another measure of how green a vineyard is. Within California, as the wine industry matures in response to climate change, that list is bound to grow longer and longer.