As Fires Die Down, California Restaurant Recovery Gears Up 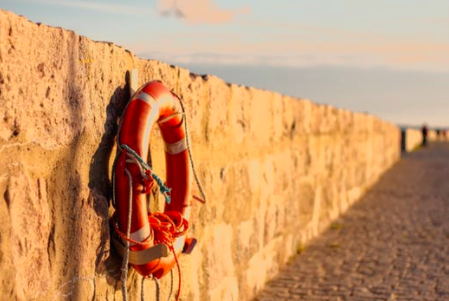 Northern California operators say they’re in for a long haul.

As the smoke cleared in Northern California and communities began to clean up Friday, restaurant operators dug in to support what will likely be a long recovery.

The fires in Sonoma and Napa counties were mostly contained on Friday with help from a light rain. The death toll totaled 42 since the blazes first broke out on Oct. 8, and roughly 100,000 people have been evacuated.

State insurance officials estimated insured losses at more than $1 billion, though that number was expected to climb as victims filed claims. More than 8,000 buildings were destroyed in the wine country area north of San Francisco, and an estimated 600 commercial property loss claims were filed as of Friday.

Among those losses will be restaurants, such as Willi’s Wine Bar in Santa Rosa, Calif., which was razed by the fire that swept through that community.

But even restaurants that weren’t touched by flames have been grappling with what is likely to be a lingering impact of the fires.

Many restaurant workers live in the effected north county area and commute in to San Francisco, for example, and some restaurants had to close to allow their workers to deal with evacuations and losses.

Officials were only beginning to allow some evacuees to return home. Inspectors needed to clear residences for lingering environmental hazards and inspection of appliances.

The fires hurt some restaurants farmland in the area. Heavy smoke throughout the Bay area also kept diners at home, and kept tourists away during what is typically high season for wine country.

And restaurant operators said the disaster has taken an emotional toll.

“It’s not only people who can’t come to work, but morally they’re just beaten down from seeing their loved ones lose their homes,” said Shah Bahreyni, managing partner of Boca Tavern and Boca Pizzeria in Novato, Calif., which is near the hard-hit area of Santa Rosa.

Among his staff, Bahreyni said his bartender’s grandmother lost her home, and his general manager and executive chef were evacuated from their homes in the middle of the night.

Bahreyni said his restaurants, however, have been busy, in part because so many other eateries were closed. Boca Tavern hosted free meals for fire fighters and made sandwiches for evacuation centers.

Across the region, fundraising and relief efforts kicked into high gear across the Bay area, with restaurant operators committed to feeding those in need for the long term, said Gwyneth Borden, executive director of the Golden Gate Restaurant Association.

“I think people in the industry are committed to doing it as long as there are shelters and enough need,” said Borden.

A group dubbed SF Fights Fire in San Francisco has served more than 12,000 meals to firefighters and evacuees at Salvation Army and other relief centers across three counties.

The effort was spearheaded by Stuart Brioza and Nicole Krasinski of the restaurants State Bird Provisions and The Progress, along with Traci Des Jardins of Jardiniere; Sam Mogannam of Bi-Rite Family of Businesses; Matt Cohen of Off the Grid; Ravi Kapur of Liholiho Yacht Club; and Craig Stoll of Delfina.

The Golden Gate Restaurant Association is also organizing ChefsGiving Week from Nov. 13 to 19 with the goal of raising at least $1 million for those in need of housing throughout wine country.

Chaired by chef Dominique Crenn of Atelier Crenn in San Francisco, fundraising efforts will include a gala scheduled for Nov.19 in San Francisco’s Ferry Building, featuring food and wine from throughout the region.

Borden said she’s hoping restaurants across the country will participate in the ChefsGiving effort, even if donating a portion of proceeds from menu items that week before Thanksgiving.

“As we know, the rebuild is going to take years,” she said.

Golden Rule offers both crisis funding, like medical or disaster relief, but also “joy funding,” like helping a dishwasher buy his daughter’s prom dress, said Walker. The restaurant Michael’s on Naples in Long Beach, Calif., is planning a fundraiser for the group on Nov. 14 to support those impacted by the fires.

“Restaurants and chefs are often the first people asked to help in any circumstance, particularly with disaster relief,” she said. “But there isn’t much to help them support their own.”

In San Francisco, Finn Town pledged to devote 40-percent of wine sales over four Wednesdays to the family of Matthew Parlato, a Sonoma County sheriffs deputy who lost his home in the fires that ravaged Santa Rosa. Parlato is the brother of the restaurant’s director of operations Katrina Parlato.

The foodservice management company Epicurean Group provided an estimated 7,000 meals to fire fighters and evacuees at the Marin Center, and later the Golden Gate Baptist Seminary and the Red Cross.

Meanwhile, the Firehouse Subs chain, which has a long history of supporting firefighters through its Firehouse Subs Public Safety Foundation, set aside $10,000 for California first responders from a fund that started after Oregon suffered from a massive fire earlier this year.