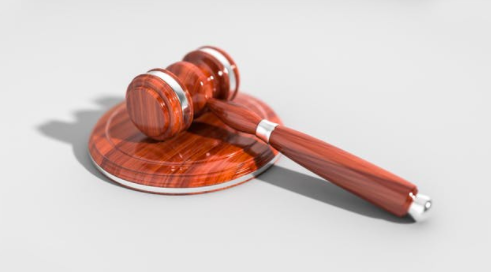 New York restaurants, including those operated by Union Square Hospitality Group, and others in the Bay Area have been hit with a proposed class action in California federal court over a no-tipping policy that consumers say is part of a conspiracy to charge them more for their food.

The decision by Union Square Hospitality's Danny Meyer, Momofuku's David Chang and several other high-profile New York and Bay Area restaurants to adopt a no-tipping policy is an anti-competitive practice that the restaurants chose to enter into through secret meetings in an effort to eliminate tipping and raise prices, the Friday complaint alleges.

"The ongoing conspiracy unlawfully transfers millions of dollars from customers and servers to restaurant owners in violation of federal and state antitrust laws," the complaint said. "Participating restaurants and a compliant media have portrayed the no-tipping/higher prices movement as intended to promote social justice and equality, while the real aim and effect is greater profit at the expense of workers and consumers."

Consumers and servers are the ones affected when restaurants raise their prices to compensate for the lost tips, named plaintiff Timothy Brown argued. The complaint accuses several Bay Area restaurateurs of banding together in 2014 to implement a 20 percent surcharge that is automatically added to the bill instead of a gratuity.

Meyer followed suit in 2015 when he announced that all restaurants in his Union Square Hospitality Group would adjust their pricing to reflect a hospitality cost, with the stated goal being to improve the lives of servers and the workers in the kitchen who often do not benefit from tipping.

The complaint accuses him of spearheading a movement to eliminate tipping by giving advice to restaurants looking to make the move to a no-tip operation in a meeting he organized with several of New York City's top restaurateurs. David Chang and others are alleged to have moved to a no-tipping policy after attending this meeting, according to the complaint.

The proposed class is made up of all individuals who purchased food or drinks from the named restaurants during the time they implemented a no-tipping policy. They are seeking damages for violations of the Sherman Act, the California Cartwright Act, the California Unfair Competition Law and the New York Donnelly Act.

Representatives for the plaintiff, the restaurants and the industry groups did not respond to requests for comment Tuesday.

The proposed class is represented by David Lavine of The Law Office of Andrew Wolff PC and Guy E. Mailly of Mailly Law.

Counsel information for the defendants was not immediately available.