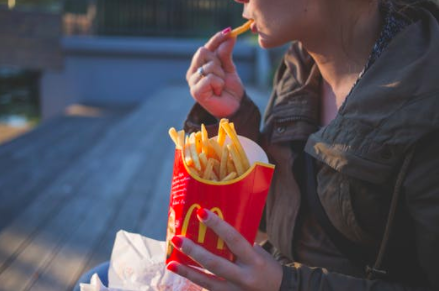 Moderately priced restaurants, from Shake Shake to Cheesecake Factory, are losing their edge as diners seek out even cheaper alternatives, like fast food.

Price-conscous consumers are more likely to turn away from the so-called fast-casual and casual-dining segments of the restaurant industry that they may have frequented in the past.

"The burger guys, the pizza guys, the chicken category, the Mexican category -- they’re all on fire," said Nick Setyan, a senior vice president for Wedbush Securities."You have positive growth in the restaurant industry, but concentrated in quick-service restaurants,"

Instead of spending $8 to $20 for a meal in a nice restaurant, famished customers are seeking out fast-food counters where they will pay $4 to $8.

Darden Restaurants, whose brands include Olive Garden, LongHorn Steakhouse and Bahama Breeze, posted slightly higher sales at its eateries open at least a year in its latest quarter, though they fell short of analysts' estimates. Brinker International, with the Chili's Grill & Bar and Maggiano's Little Italy chains, reported last month that its comparable quarterly sales were off 1.8%. It's making big changes at Chili's, reducing the number of menu items by 40%.

Why Setyan says mid-priced restaurants are under pressure:

Higher food cost: Food prices are on the rise, but restaurants may not raise their prices. Instead, they are offering promotions. "In that environment, fast-casual loses" because they operate on such narrow profit margins.

Tight labor market: Employment is so low that even in areas without a lot of minimum wage increases, like Texas and Florida, labor inflation is creeping up to mid-single digits. On the coasts, it's high-single or low double-digit wage inflation. Those are costs restaurants are absorbing, rather than passing along to customers.

Expanding fast-food menus: Some of these chains are branching out to more premium food, like McDonald's line of upscale sandwiches called Signature Crafted Recipes. Others also are remodeling their restaurants. "They start to (copy) the look, feel and talking points of fast-casual, but still offer lower prices," he said. Plus, "it doesn't help when the trailblazers of the category, like Chipotle," which is still recovering from fallout from its e coli scare two years ago, "get their halo taken away."

Rebounding economy: The economic upswing has now trickled down to lower-income people, who now have more discretionary income to spend at fast-food restaurants.
Popularity of delivery services: When people decide to order in, they tend to opt for local eateries, rather than chains.

CFRA Research is keeping a “buy” on Darden. Moody's also remained positive about the company. The firm's senior credit officer Bill Fahy emphasized the its positive, saying the restaurant operator is doing a good job of managing costs..

Besides wages, lower-income consumers' spending habits and other factors, Fahy said that grocery stores' growing array of ready-made take-out food offerings and quick-service restaurants' embrace of technology, especially for drive-throughs and kiosks, play a role, too.

"Consumers are looking for more value," Fahy said. "Value during the downturn was more focused on price. Value nowadays is also price, but also what you get, how much you get, how it tastes and the environment you're eating it in."