The Untold Truth Of Iron Chef 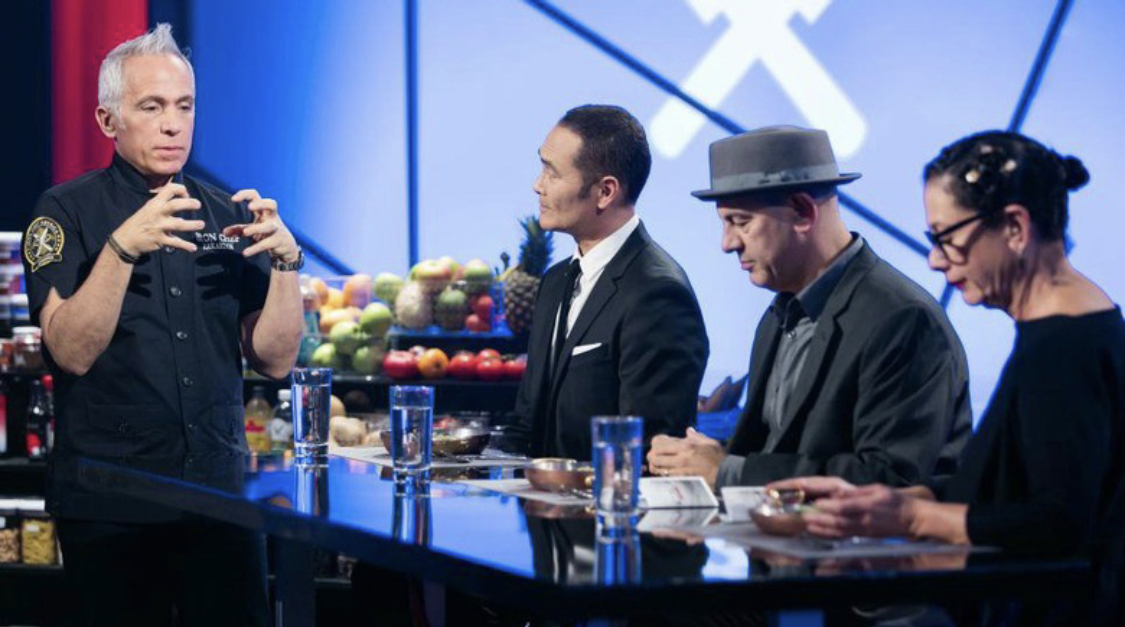 Many an American movie or television program originated in another country. "The Office," "The Departed," and "House of Cards" are just a few. Food Network drew its inspiration from a hit Japanese show to mold an American version. But adapted foreign ideas aren't always a sure hit. "Iron Chef" had a cult following prior to the American version hitting the airwaves. The shows are similar but also vastly different. So what was really happening? Let's take a look at "Iron Chef" and break it all down.

The ruse wouldn't work in Japan. Takeshi Kaga was an actor, and everyone knew it. Kaga was best recalled for playing Jesus in the Japanese production of "Jesus Christ Superstar." He also played Tony in "West Side Story." He wasn't a movie star, but it's clear that he wasn't an unknown, either. Part of the flair that caught American audiences by surprise was the over-the-top costuming Kaga wore. Often in a cape, Kaga played up his chairman with a stage actor's flair. To the unknowing U.S. viewers, he came off as a crazy Japanese guy with a ton of money who loved eating soft shell turtle.

"Iron Chef America," the Food Network re-imagining of the Japanese original, actually wasn't the first time an American production company tried to remake the show. The original "Iron Chef" took itself seriously: it was about the food and the presentation. Somehow, lost in translation, "Iron Chef USA" didn't get that message. William Shatner played the chairman. "Hokey" and "Over the Top" are Shatner's middle names, and Ole Bill came through in spades. Rather than a quiet, subdued atmosphere, "Iron Chef USA" was filmed in Las Vegas and it sounded like there was a five-drink minimum to loosen up the crowd.
"Iron Chef" featured actors who had a knowledge of food and provided color commentary on the dishes. By contrast, the "Iron Chef USA" judges were people you'd never heard of who were allegedly famous. It was as if "Dancing With The Stars" was renamed "Dancing With Names You May Have Heard Before," except you definitely wouldn't have heard of the "Iron Chef USA" judges. Mercifully, Shatner's fluffy-shirted performance and incredibly bad line delivery only lasted two episodes.

Matchups are done in advance

Part of the mystique of "Iron Chef", both Japan and America, is the majestic rise of the Iron Chefs. After the pageantry, the challenger chef stands before the Iron Chefs and measures them up. Which will he choose? One with a similar cooking style? A chef with a different specialty? The chef only has a split second to decide! Except none of that happens.
The podium rising with chefs is recorded long in advance, either during the first episode of the season or before cooking actually begins. The challenger chef picks the Iron Chef weeks in advance of the taping. The only chef that rises up the day of the taping is the one who is being chosen -- the other "chefs" are stand-ins that look similar to the Iron Chefs. For example, if the producers need a stand-in for Mario Batali, they just find another rotund redhead not doing anything that day. That makes sense, as all the Iron Chefs have other jobs and can't just show up for every taping and wait around for someone to pick them.

By Jake Vigliotti
07-05-2022
Source and complete article by: mashed.com
https://apple.news/AIAFRpaPeR9ipw18l3DREMg