What Does New World Mean In Wine Now? 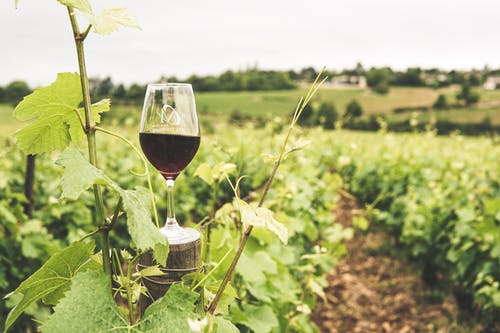 New world is an ever-changing phrase when it comes to wine. It can still have its traditional meaning–anything not from established countries such as France, Spain, Italy and Germany–but the truth is that American, Australian, Chilean and South African wines hardly count as new these days when we’re all very familiar with their merits. Wine can be grown in a lot of countries and with global warming, the previously defined distances from the hemispheres, which dictate optimum grape growing conditions for winemakers–and are still taught in accredited wine qualifications–are becoming increasingly blurred. England for example now has the near-perfect conditions for growing champagne grapes, while Champagne and Burgundy battle with uncertain weather patterns.

All in all, new world simply means wines we’re not so familiar with. So what does it mean now and what is new in the wine world? Eastern Europe is entering the spotlight, particularly Slovenia, Romania and Hungary, while over in the Americas, New York State has started to make some interesting wines and Uruguay is giving its neighbours Chile and Argentina a run for their money. In fact, Uruguayan winery Bodega Garzón was voted 2nd in the World's 50 Best Vineyards competition in 2019 and 2020, and 4th in 2021.

Uruguay is the fourth largest producer of wine in South America, but its wines are unique within the region, given that the climate is akin to a maritime European country. It has a mild climate thanks to the Atlantic influence, while Argentina and Chile have warmer wine-growing conditions from sub-tropical weather patterns. What this means in layman's terms is that Uruguay is a new world wine producer with the old world grapes that you'd find in Europe, ranging from Albariño (most common to northern Spain and Portugal) and Nero d'Avola (a Sicilian grape) to Pinot Noir (from Burgundy) and Viognier (from the Rhone valley in France). The grape which is most associated with Uruguay, however, is Tannat, a thick-skinned red variety that produces fruit-forward wines.

Richard Ellison of Wanderlust has a particular bent for wines coming from Long Island in New York. “With its sandy soil and climate,” he explains “the land produces surprisingly European styles of wines thanks to the Atlantic breeze. Their Pinot Grigio is rich and mouth filling.” Also in New York state is the Finger Lakes region, which, according to Richard “is all about cold climate Riesling and Alsace varieties – we have HJ Wiemer who is in our opinion hands down the best producer for German style complexity.”

Will Evered, Chief of Wine at Marlo Wine concurs; “New York's Finger Lakes are becoming an ever more reliable source of dry whites. The climate is comparable to famous winemaking regions in Germany so this is the reason it's the most popular wine variety here. More recently however, wineries have started experimenting with other great varieties such as Chardonnay and Pinot Noir.” This is why this American region is an interesting one to look out for; much like the UK and our wine growing climate, they're taking grapes that see huge success in some of the top wine-producing regions of Europe and are putting a new spin on them.