Prosecco Protesters Rise Up Against 'ruthless Expansion' Of Italian Winemakers 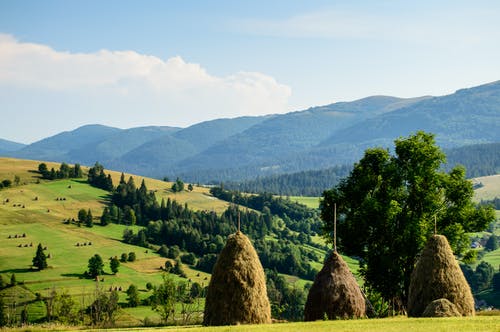 Fabio Magro was woken up by the excruciating sound of chainsaws early one morning in late July 2019, and when he looked out of his bedroom window, the unthinkable was happening.

It was just a couple of weeks after the hills surrounding his village, Miane, in Italy’s prosecco-producing Treviso province, were declared a Unesco World Heritage site.

“I couldn’t understand what was going on,” said Magro. “Just 10 metres from our home the forest was being razed to the ground, without a word of warning to me or any of my neighbours.”

Decades-old trees were torn down within a couple of weeks to make way for the production of more prosecco – the best-selling Italian wine in the world.

But as the sparkling wine’s success enriches wine-makers, residents of Miane and the 14 other villages nestled among the so-called “Unesco hills” of Conegliano and Valdobbiadene, are rising up against what they describe as the ruthless expansion of its production.

Magro argues that the vineyard behind his home has not only damaged the environment, but is posing a risk to the health of his family and those of his three neighbours. Several protests have been held in the village of about 3,000.

“I grew up here and our territory has always produced wine, but now it is out of control,” said Magro. “A forest was destroyed to create a vineyard which uses an intensive kind of agriculture. The rows of vines are really dense and need to be treated with a contraption that works like a cannon – it launches pesticides that come within a few metres of our children’s bedrooms.”

Magro and his neighbours did try to block the creation of the vineyard. “The owner told us: ‘If you don’t like it, you can sell your house’. All that matters is business, we as human beings don’t count.”

Interest in Treviso province grew after 2009, when its wines were granted the superior DOCG, or denomination of controlled and guaranteed origin, status. Prosecco-making has also flourished in other the provinces of Italy’s north-eastern Veneto region, where the sparkling wine carrying the DOC status, which requires slightly less strict production guidelines, is made. In the 10 years up until 2020, authorities in Veneto, which is led by the far-right League party, allocated a €480m grant to the wine sector, with the bulk of the money going towards prosecco.

“The cultivation of prosecco is increasing more and more,” said Andrea Zanoni, a regional councillor with the Democratic party. “Only 15 days ago the region gave the approval to another 6,000 or so hectares for prosecco.”

Such are the economic rewards from the wine that not only have many farmers shifted their focus solely on prosecco, others who had no experience in farming have entered the business.

“I know someone who abandoned his masonry company to make prosecco,” added Zanoni. “Prosecco is now a monoculture, and this is having serious collateral effects.”

Zanoni said the use of pesticides in the prosecco-making areas has increased by about 36% in the last eight years.

“Many forests have been destroyed while pastures that are very useful for biodiversity have been supplanted by prosecco,” he said. “Cypress trees, important for biodiversity, have also been eliminated while ground water, rivers and streams have been polluted by pesticides and wastewater from wineries.”

By Angela Giuffrida
09-10-2021
Source and complete article by: theguardian.com