Going Out For Lunch Is A Dying Tradition 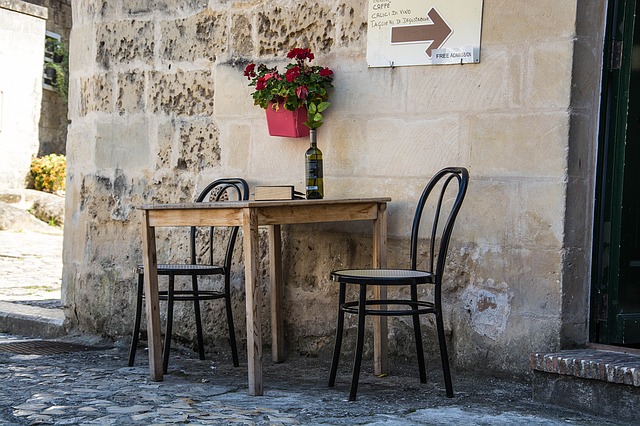 The U.S. restaurant industry is in a funk. Blame it on lunch.

Americans made 433 million fewer trips to restaurants at lunchtime last year, resulting in roughly $3.2 billion in lost business for restaurants, according to market-research firm NPD Group Inc. It was the lowest level of lunch traffic in at least four decades.

While that loss in traffic is a 2% decline from 2015, it is a significant one-year drop for an industry that has traditionally relied on lunch and has had little or no growth for a decade.

"I put [restaurant] lunch right up there with fax machines and pay phones," said Jim Parks, a 55-year-old sales director who used to dine out for lunch nearly every day but found in recent years that he no longer had room for it in his schedule.

Like Mr. Parks, many U.S. workers now see stealing away for an hour at the neighborhood diner in the middle of the day as a luxury. Even the classic "power lunch" is falling out of favor among power brokers.

When he isn't on the road for a Detroit-based building products company, Mr. Parks works from his home in Carlisle, Ohio, and eats there. When he meets clients at their offices, they have food delivered and work during what they call a "lunch and learn."

Even some restaurant-company executives don't go out for lunch. Employees at Texas Roadhouse Inc.'s Louisville, Ky., headquarters order in so often that they know the delivery drivers by name. "A lot of our folks are trying to be more efficient," company President Scott Colosi said.

Lunch should be a break, but that doesn't always happen. So here are a few expert suggestions for your office lunch. Photo: Jeff Bush
Cost is another factor working against eating out for lunch. While restaurants have raised their tabs over the past few years to cope with rising labor costs, the price of food at supermarkets has continued to drop, widening the cost gap between bringing in lunch and eating out.

Among the hardest hit are casual sit-down restaurants-such as Dine Equity Inc.'s Applebee's and Ruby Tuesday Inc. -because of the time it takes to order, get served and pay. Such establishments last year saw their steepest ever decline in lunch traffic, according to NPD.

Even fast-casual chains that cater more to harried customers with counter service instead of wait staff are experiencing slower growth. Lunchtime traffic at those restaurants-excluding Chipotle Mexican Grill Inc., which has suffered steep declines in the wake of disease outbreaks-grew 2% last year after posting growth of 5% or higher in each of the prior four years.

The pain is spreading to suppliers. Meat giant Tyson Foods Inc. recently said a 29% drop in quarterly earnings was due partly to the decline in restaurant traffic.

"Consumers are buying fresh foods, from supermarkets, and eating them at home as a replacement for eating out," Tyson Chief Executive Tom Hayes said.

The average price of a restaurant lunch has risen 19.5% to $7.59 since the recession, as rising labor costs pushed owners to raise menu prices-even as the cost of raw ingredients has fallen. According to the Bureau of Labor Statistics, the U.S. last year posted the longest stretch of falling grocery prices in more than 50 years.

"We believe significant food deflation was the primary culprit behind last year's weakness, favoring food at home pricing over food away from home pricing to a degree not seen outside of the global financial crisis," Sanford Bernstein analyst Sara Senatore said in a recent report on the restaurant industry.

More fundamental shifts in consumer behavior also are at play. The share of people doing at least some of their work at home-and who are unlikely to go out and eat-has fluctuated over the years, but was as low as 19% in 2003 and reached a high of 24% in 2015, according to the BLS. And the continued rise of online shopping means fewer trips to the mall-or a stop for a restaurant lunch there. (Read about how people in cities around the world eat lunch.)

Despite the traffic decline, dollar sales at lunch were flat last year because of the menu price increases. But restaurants can't raise prices indefinitely. In fact, many now are offering lunch discounts to bring people out to eat.

Some lunch specials at casual-dining restaurants cost less than a fast-food meal. Lunch can be had for $6 at Brinker International Inc.'s Chili's Grill & Bar, and for as low as $6.99 at Darden Restaurants Inc.'s Olive Garden.

Brazilian steakhouse Fogo de Chão Inc. FOGO -0.36% -where lunch can take two hours and cost up to $34-last year introduced a $15 lunch special of salads, soups, cured meats and stews that can be completed in under an hour.

Bob Evans Farms Inc. BOBE 0.22% in January sold its struggling restaurant business to private-equity firm Golden Gate Capital. On the same day, Bob Evans announced that its packaged-foods arm was acquiring a potato-processing company in an effort to focus on growing demand for refrigerated side dishes.

Josh Benn, managing director at corporate-finance advisory firm Duff & Phelps Corp., said new restaurant concepts, such as those that cater to consumers' desire for faster, healthier food, are on the rise.

"I think there's a death and regeneration happening in this whole industry," Mr. Benn said.