Can Human Resources Save The Restaurant Industry From Its Own Toxicity 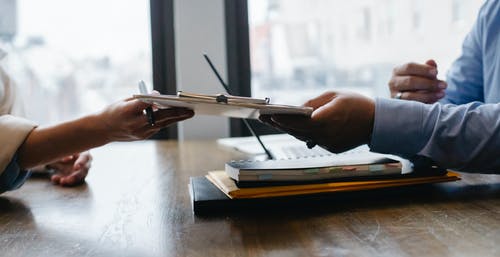 Amanda, a self-described restaurant lover, was excited to join a young and growing New York City restaurant as the Human Resources director in 2016. “From the outside, I'm like, This place is cool as fuck—like everyone’s having fun, everyone’s happy, they’re so chill, they’re busting out these cool food and drinks,” she said, recalling her eagerness to enter the restaurant world. “And then when you kind of go behind the curtain, you’re like, none of that is true.” Just a few months into her role, the owners told Amanda, who is using a pseudonym due to employment concerns, that she was “too employee-friendly.”

Her misstep: surfacing a complaint from a worker who felt they were being spoken to more aggressively by a manager and treated differently than other workers. Amanda’s excitement about her new job withered into disillusionment as she discovered rotten, if familiar, patterns: complaints about verbal and sexual harassment, staff drinking on the job, unpaid and underpaid labor, and managers who turned a blind eye to those issues.

The restaurant industry—long a preserve of borderline lawlessness steeped in hard-partying antics and its reliance on marginalized populations with scant paper trails—seems ripe for a radical administrative overhaul. In a normal (non-pandemic) year, it employs approximately 15 million people, generating nearly $900 billion in sales, according to the National Restaurant Association, and encompasses bored teenage workers at Taco Bell drive-thrus, salty waitresses in exurban diners, and college-educated professionals offering literary banter at fine-dining establishments. But cutting across class and county lines are endemic issues of labor abuses. In 2019, 25 workers in 20 cities filed sexual harassment complaints against McDonald’s—the world’s second-largest private employer—through the US Equal Employment Opportunity Commission. Two years prior, as a wave of #MeToo claims came crashing down, celebrity chefs Mario Batali and Johnny Iuzzini were both accused of gross sexual misconduct, and more recently, one of Seattle’s most famous chefs Edouardo Jordan faced accusations from 15 women.

Human Resources has existed in certain corners of the restaurant industry, mainly for larger operators, for decades. “The timing of the adoption of HR departments occurred at about the same time as the expansion of restaurant chains—in the 1950s and 60s,” said Allen Z. Reich, professor at Northern Arizona University’s W.A. Franke College of Business and author of Management of Hospitality Human Resources. McDonald’s, established in the mid-20th century, was a forerunner in terms of restaurants with professional HR departments, he said, a key element enabling its huge global success.

Most restaurants don’t have the resources of McDonald’s, but a turning point for smaller operators came in 2010 with the Affordable Care Act, which required employers with more than 50 workers to offer health coverage for all full-time employees. “Somebody needed to manage the enormous amount of paperwork that resulted,” restaurant HR director Elvira Ryder told Mic in 2017. And that meant more restaurants needed HR.

Fine-dining restaurants would seemingly be more amenable to professionalization than fast-food jobs. But many were built on hierarchical French brigade systems that entrenched a culture in which aggression was normalized, lewd jokes were considered camaraderie, and abuse was obfuscated by the allure of chefs as auteurs. In many restaurants, enduring abuse is considered just part of the job. As New York City restaurant owner Leah Campbell wrote for VICE in 2017: “We can’t change the restaurant industry without improving HR.” So, how do you bring HR into an industry where bad behavior and a sense of lawlessness has long gone unchecked and even encouraged?


By Bettina Makalintal
06-24-2021
Source and complete article by: vice.com