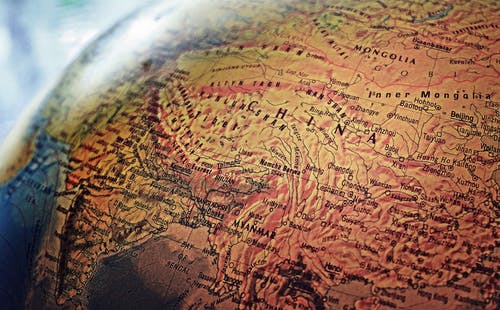 Fresh off a surge in wine exports and a visit from President Xi Jinping last year, China wants to turn its primary wine-producing region of Ningxia into one that rivals France’s Bordeaux.

By 2035, Ningxia’s Helan Mountains area aims to produce 600 million bottles worth 20 billion yuan ($3.12 billion), according to a plan the central government approved in late May. The region along the Yellow River is about a two hours’ flight west from Beijing and lies in a latitude similar to that of France’s famed wine country.

“If this goal can be achieved, Helan Mountains’ eastern foothills will become an internationally important and influential production area, with a scale matching that of Bordeaux,” Sui Pengfei, director of international cooperation at China’s agriculture ministry told reporters last week in Mandarin, according to a CNBC translation.

Ningxia is just one of several wine-producing areas in China, but its Helan Mountains’ eastern foothills has a diverse variety of grapes on par with that of Bordeaux or Napa Valley in the U.S., and accounts for the majority of domestic wine production, Sui said.

Even if the 15-year target is more than quadruple Ningxia’s annual wine production, the numbers roughly match up to those of France’s wine capital.

Like many high-level Chinese plans, the one for wine is vague on implementation details. Instead, it lays out a framework for development that ranges from improving local winemaking knowledge and ecological conservation to “a window” for China’s wine to “integrate with the world,” according to a CNBC translation of the Chinese text.

Last year, during the coronavirus pandemic, Ningxia’s wine exports rose 46.4% to 2.65 million yuan (about $414,100), according to the local customs agency. Primary destinations included the U.S., the European Union, Australia and Japan.

His company started exporting to Switzerland, Japan, Hong Kong and France in small amounts this year, he said, adding that there are plans to enter the U.S. market as well.

However, he said he plans to focus on the Chinese market, with exports accounting for just 10% to 20% of production in the long term.