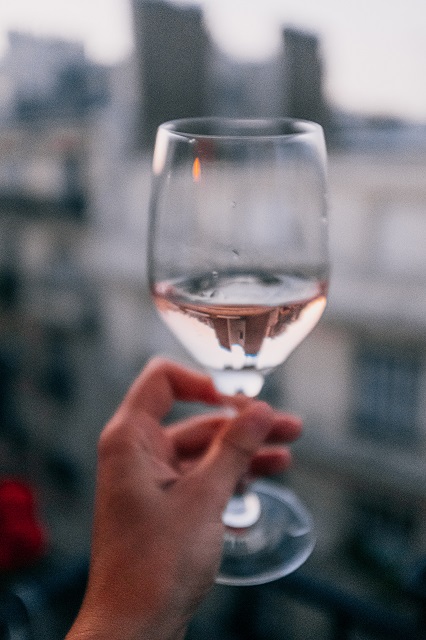 In a high end restaurant, a table of men waiting for their expensive bottle of white Burgundy wine becomes taken aback by a young woman, a sommelier at the restaurant, approaching the table to taste them on their selected bottle of choice. She is quickly accused of wearing perfume, a great sin in the fine wine world as it ruins the experience of smelling the wine, and one of the men precedes to humiliate the young lady by demeaning her with the term ‘Wine Girl’ and rejecting the perfectly fine bottle of Burgundy despite her not wearing any fragrance.

This story kicked off the 9th Annual Women in Wine Leadership Symposium (WWLS), made possible by the national fine wine and spirits importer and distributor Winebow and part of the keynote conversation led by Dorothy J. Gaiter, senior editor of Grape Collective. Dorothy, or as she likes to be called Dottie, has had an impressive writing career with 47 years in journalism, and together with her husband John Brecher, conceived and wrote the Wall Street Journal ‘Tastings’ column for 12 years, authored four wine books and created the annual global celebration of wine and friendship ‘Open That Bottle Night’. Dottie has also been nominated twice for a Pulitzer Prize for her writing about race in the Wall Street Journal. She moderated a compelling conversation that covered sexism, racism and ageism that included two women with different journeys in the wine world who both become wine directors at highly-acclaimed restaurants yet their struggles with constantly being challenged for simply how they look is a struggle that they both deeply share.

One of the two women who joined Dottie in this discussion was Victoria James - she was the young lady that was humiliated at that table with the term ‘Wine Girl’. She wrote a recently released, award-winning book called Wine Girl: The Obstacles, Humiliations, and Triumphs of America's Youngest Sommelier. The books lays out her journey to becoming the youngest sommelier at a Michelin-starred restaurant in the U.S. and with her just being shy of 30 years old, she has racked up acclaim for her wine list at Cote, a Michelin-starred Korean steakhouse in New York City, and she has been placed on several lists as notable people in the wine business. And so one would think her story would have been one of a charmed life that was filled with glamour and ease but nothing further could be found from the truth.