Six Ways Brexit Could Change The Way We Trade Wine 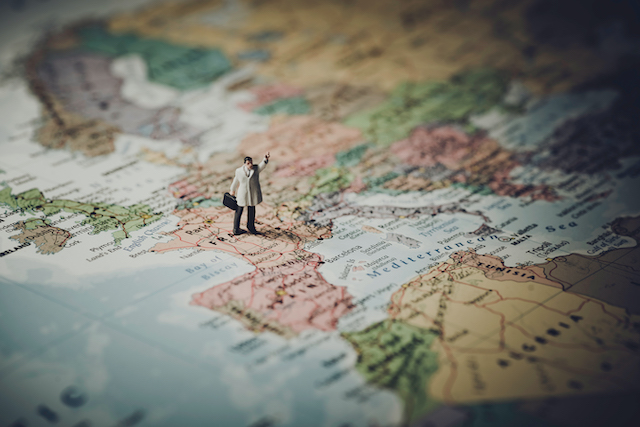 44% of all wine currently consumed in the UK is of European origin. What impact will Brexit have on the wine trade?

On the 31st January 2020 the UK left the EU. Its departure triggered an 11-month transition period that will end on 31 December 2020. The UK Government has said it will be leaving the Single Market and Customs Union as of January 2021, and there is no prospect of an extension to the transition period. Currently, a free trade deal with the EU - whereby tariffs are reduced or eliminated, and quotas removed - has not been reached. IWSR data shows that 44% of all wine currently consumed in the UK is of European origin. A deal needs to be reached by October, or from January the UK will trade with the EU under basic rules set by the World Trade Organisation (WTO). Relations between the UK and EU are about to undergo a fundamental shift as frictionless trade ceases. But what stands to change for the wine trade?

From January 2021 all UK and EU businesses will need to make their own customs declarations, and the UK will lose access to the EU-wide duty and tax EMCS customs system. Both sides will need to go to their own customs offices and complete an export declaration per shipment. VAT and customs checks will need to be processed before freight arrives in the UK or EU, and wines entering the UK will have to be labelled with the importer's address. For now, the controversial VI-1 wine import certification, which requires all wines coming to and from the UK to undergo laboratory analysis at £330 per form, has been suspended by the UK Government - a big step towards easing the burden on trade.

2. A decline in European wine consumption

Consumption of EU wine in the UK has declined by 11.6% since 2010, according to IWSR data, with still wine having dropped by 25%, although sparkling has risen by 106%. The decline in wine consumption in the UK is due to people drinking less overall, and a shift towards other categories including spirits, craft beer and hard seltzers, says Humphrey Serjeantson, Research Director for Western Europe at IWSR. "How this trend continues will depend on what trade arrangements are in place. Key factors will be tariffs, exchange rates, and ease of importing - what levels of red tape exist. But I would expect the trend to continue and most likely accelerate."

Higher prices of EU wines could also drive down consumption, and there are several reasons why prices could rise. A weak pound against the Euro is already making EU wines more expensive, and this could get worse, explains Richard Corbett, Senior IWSR Analyst. Should the pound strengthen against the Euro, this would work in favour of EU wines. With no EU trade deal, tariffs could be implemented as we trade under WTO conditions. With a wine duty increase frozen in 2020, it might be expected that they could rise again in 2021, especially as the Chancellor looks to balance the books in a post-covid world pushing prices further - duty on a bottle of still wine is currently as much £2.23 (£2.86 on sparkling). There are also the bureaucratic costs that merchants will need to absorb to maintain their prices. VI-1 forms have been suspended, but if reintroduced, could push prices up by 10p a bottle. Any rise in operating costs will ultimately pass to the consumer. "Prosecco has done very well in the UK over the last five years," says Corbett. "Competitive pricing has made it the everyday Champagne. Any price rise could put that segment into decline."

4. Risk to the UK as a wine importing hub

As of 2016, the UK was the second largest trader of wine by volume (behind Germany) and by value (behind USA), IWSR data shows, but only a small percentage of wine exported is actually made in the UK. If it becomes harder and more expensive to import wines into the UK, its position as a global wine trading hub could be undermined.

If the price of EU and imported wines increases, the trend towards English wines could gather pace as it becomes more competitive. The bumper 2018 UK harvest will mean that producers will need to accelerate demand or find export markets. The market for English wine will remain small, but an opportunity to hammer out new trade deals could see exports surge. "At Rathfinny we're mainly focused on dealing with the risks of a no-deal Brexit: queues at ports, tariffs on imported goods like bottles, corks and machinery," says Mark Driver, owner of English estate Rathfinny. "The benefits for English wine may become apparent if we can agree FTAs with other nations like Australia and the USA."

The UK will lose trade deals struck by the EU, and will have to renegotiate with major markets such as Australia. As of mid-July 2020, 19 trade deals have been rolled over from the EU to the UK, the most significant for wine being Chile, while an Australian trade deal looks promising. Chilean, Argentinian, New Zealand and Moldovan wines have captured share in recent years and this is likely to accelerate, says Corbett. "Many importers will be hedging their bets by developing their non-EU portfolios." Brexit presents Australian, South African and US wines with an opportunity to bounce back, adds Corbett, grabbing share from EU wines. "Because of limited wine production in the UK, wine could be used as a lever in any trade talks with these markets and that will be a concern for EU producers."