An Open Mindset In The Wine Trade Is Necessary Now More Than Ever: David Furer 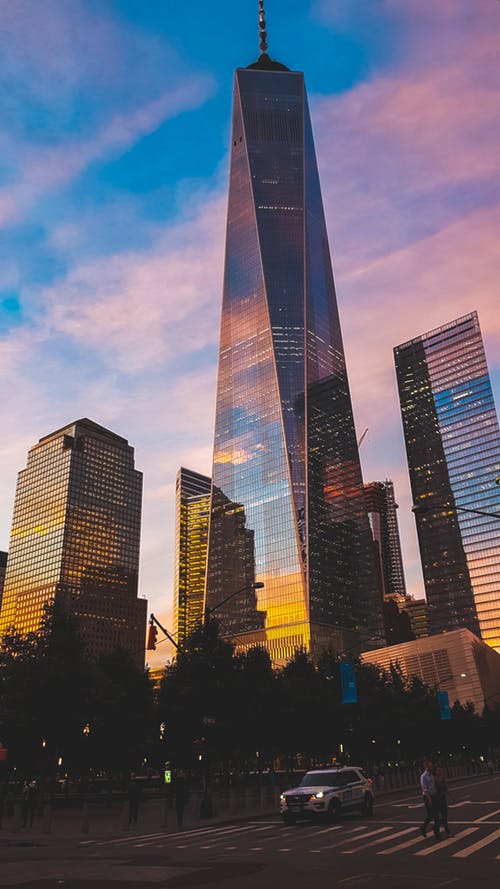 As part of our podcast series entitled Solutions for the Wine Industry in times of Crisis, our strategic partner, Wine Line Radio, interviewed well-known wine journalist David Furer of David Furer Consults. I have known David for many decades. He has co-written authoritative works with the likes of Tom Stevenson, and Hugh Johnson; led numerous initiatives on the Climate of Wine, History of Wine Civilizations, and is a contributor to some of the top industry journals including, Harpers UK, Wine Business Monthly, and Go-Wine.com.

The following is Part 1 of the edited text from Mr. Furer's interview with contextual modifications.

The entire podcast which includes viewpoints from some of our industry's top professionals in viticulture, winemakers, marketers, and digital experts will provide the necessary intelligence to help you continue navigating your business during our world's crisis.

David Furer: I'm up in the Hudson Valley. I’ve taken a lot of heed to what's going on far south of me in New York City. NY has quickly become, the epicenter of the current crisis, this is our great city's second time as ground zero in recent years.

I have been in contact with a handful of west coast winery owners and makers. Their main issue at this point is that, the producers are fine in terms of, getting their bottlings up and running; people working on the bottling line, in the wineries themselves. The manufacturing side of this agricultural product seems ok for some for now. In the vineyards, so far the pressure that's being placed upon labor is largely due to our federal government's problems regarding guest workers. That pressure on labor is not being felt yet because much of the work at this point seems to be mechanically based. However, as we get farther down the vegetative cycle, that's going to create some labor issues for our vintners.

As far as what is happening to labor in wine retail and the impact on the general public, the conditions are interesting. As you know, unlike many places in the US, New York City is really under lockdown. There is a headline in April 23rd’s New York Times. The headline reads: “New Yorkers, want cheap wine and lots of it.” Which reflects other reports I've been hearing through the trade journals. A Times reporter visited several Upper East Side Liquor stores within a 10 block radius and I'll just rattle off a bunch of what I've read in the news article. I excised what I thought was interesting and it is, in my opinion, relevant on a universal basis.
"Customers who entered a shop called Doctor Wine are required to do so at times, 6 feet apart and for those waiting outside, there's a sign posted in the window saying please stand to maintain social distancing. Now that particular shop has recorded a 70% increase in sales compared to the same time last year." The report also says that, " people are buying more than they need." A little bit of panic response, of course. Consumers are afraid Dr. Wine is going to close. One thing that's reflective of this, and it's going to be echoed in other places is that DW’s deliveries have shot up. For this one particular outlet Doctor Wine is up to 70 deliveries/day from 20/day." What is happening here because they are ill-prepared to do so and they are not responding rapidly enough, is that there are a lot of deliveries being done on foot by people already on staff which is putting even further pressure on the personnel. I don't understand why, but they've cut down on their staff rather than increase it. You would think with a palpable increase in sales, they would try to find people to work temporarily, even on a cash basis, just to fulfill the needs of their customers and not disappoint them.

In contrast a place called Whiskey and Wine has pivoted. They've increased the delivery staff to account for their massive increase in the need for deliveries and the direct result is that people are buying more. Consumers are buying more commercial stuff. The owner is quoted as saying, "rather than spending $30 for a bottle, they are spending $12.00 a bottle." On a real positive note, people are buying gifts for their friends this. The man is also quoted as saying, "I send out about 15 bottles a day with cards addressed for the stay at home orders. People are sending it to others to make their friends and colleagues feel better."

Another operation I've encountered where I live in the Hudson Valley is demonstrating that the use of cash is being deferred in favor of credit card and debit card payments for purchases; thereby minimizing the amount of material people come in physical contact during the transactions. At McCabe’s wines and spirits, employees are using gloves to open and close the shop doors and to handle the methods of payment that customers are handing over. As well, they’ve noted an increase in sales. People are buying more. They are buying a case or cases of product instead of a bottle or two. That sentiment was echoed by the very high-profile Sherry Lehman, which is also located in the UES, (The Upper East Side). The general manager there indicated that the customers are buying more but spending less. This is at Sherry Lehmann, a high-profile place where the rich and the famous tend to shop. SL saw a 20% increase in March 2020 over the same month last year. However, that is just the sales volume increase. Revenue overall followed a downward trend. SL is saying this also happened in 2008 during the economic recession, which hit New York and all of us so hard.

Interestingly though, as far as luxury items go, and this is something that can't be quantified at this point on a broader basis, champagne, they say, has taken the biggest hit. Outside the holiday season, SL is used to selling 35 cases daily, and now this has dropped to 5 cases per day, which is a significant decrease.

Comment from Robert Scott conducting the interview: A wine merchant that I deal within New Jersey has had to cut down their online ordering to two days per week. The demand is so high, that they are unable to physically handle it.