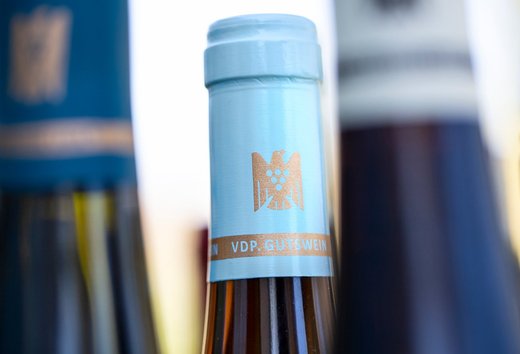 Despite a decline in German domestic consumption of its native bubbly sekt - per capita quaffing has dropped since 2010 from 3.9 to 3.3 litres - attention to quality, both individually and collectively, has never been greater.

This impetus was perhaps most clearly marked at the beginning of this year when, on 1 January, with an impending addition of a Sekt classification to its by-laws, Germany’s VDP (Association of German Predicate Wine Estates) allowed Sektkellerei Raumland to join as its first member fully dedicated to the production of sparkling wine.

According to VDP communications director Sonja Reinbold: “Raumland’s membership was approved with the consensual understanding by our membership that our classification expansion is on track to be approved.”

A decision over formal approval for the new VDP Sekt classification will be delivered in June.

She confirmed that as a VDP member Raumland is now authorised to promote itself using the recognisable VDP logo, though it and any other standing members that also produce some Sekt alongside their still wines cannot as yet apply a ‘VDP Sekt’ assignation to its wines.

“It's a unique situation until our June meeting when the classification system for all VDP members making Sekt will be determined.”

Noted Pfalz winemaker Hansjörg Rebholz confirmed the new classification will require a premium cuvée to age for at least 36 months on lees, with a standard bottling having to rest for 15 months.

Rheingau’s Mark Barth said the goal is to ensure all its members making Sekt enjoy the same quality standard as still wines, as “many of us have Riesling and Pinot sites that are great for sparkling wines while other, warmer regions may not have this diversity allowing for single vineyard expressions”.

Winemaker Volker Raumland grows and blends organically certified Chardonnay, red and white Pinots and Riesling in Pfalz and Rheinhessen, choosing not to distinguish between regions by labelling his wines ‘German’ sekt.

He also contracts his skills to 40 other German wineries at his eponymous wine estate. In November the 35 members of the lengthily-named association for Sekt, the Verband der Traditionellen Klassischen Flaschengärer, which is led by Raumland, abbreviated its name to Verband Traditioneller Sektmacher, initiating a new quality structure and logo.

In other developments, two big names in the Pfalz region, Christmann and Kauffmann, are launching the first biodynamically-grown dedicated sparkling wine in Germany.

Their 12 ha of recently acquired erste and großelagen Riesling and Pinots are now being processed at the Christmann winery, which also has a new nearby facility in the works.

The seriousness of the project can be in no doubt - these are leading figures in the industry. Working biodynamically since 2004, the elder Christmann has served since 2007 as the VDP’s president. And, from 2001 to 2013, Kauffmann was Bollinger’s chef de cave, before moving to Von Buhl until August 2019.

With its continental neighbours better positioned to export at all price levels, and its natives happily consuming the vast majority produced within its borders, Germany’s best sekts very infrequently find their way across the Channel.

While Raumland can boast of selling Germany’s most expensive sekt at €89, a colleague further south in Württemberg (best known for its still wines) has recently turned heads with its sekt.

In 2018 Weingut Aldinger’s 2011 Brut Nature garnered the annual Gault & Millau Wine Guide’s first 100 point score given for a sparkler - a classic Champagne-style blend disgorged six years from harvest without dosage or SO2.

“Until I convinced my family in 2009 to allow me two barrels, we hadn't the pride of telling others that we made it fully ourselves,” said Matthias Aldinger, as we tasted overlooking the vineyard where he sources the grapes.

Perhaps appropriately, for the new quality heights that sekt is reaching, a Daimler/Mercedes office overlooks the rows of vines.