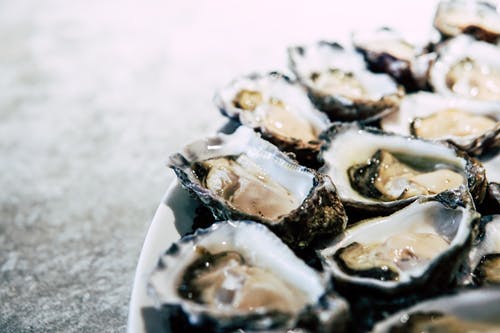 The Mississippi Delta is one of America's most picturesque and economically important regions. But the changes humans have made to it, made worse by climate change, have shaken up coastal wildlife and seafood supplies. NewsHour Weekend Special Correspondent Josh Landis has our story. It's part of our initiative: Peril and Promise: the Challenge of Climate Change, produced in partnership with Nexus Media News.

Debbie Fountain and her husband are oyster farmers in the Gulf of Mexico. Restaurants up and down the East Coast are a booming market for seafood from these parts. A demand the Fountains would like to harness for their small business. And they see themselves as more than just seafood vendors.

I feel a stewardship, you know. We're doing something that's renewable. You grow an oyster, they filter the water, you can feed people, it's a huge beautiful source of protein. What's not to love about it? A lot of these cages become little habitats, little hatcheries. See the little crabbies? And all the other little crazy things in there?

Sure, I'll have another one.

But last year, the couple confronted the volatile new reality of the Mississippi River even though their oyster bed is nearly 100 miles east. Rain and snow across the Midwest had swelled the river to record levels. The Army Corps of Engineers had little choice but to open a massive 'safety valve' called the "Bonnet Carre" spillway for an unprecedented 123 days. The gates add a temporary new branch to the river, lowering water levels in the main channel.

If I had been here earlier this year, I'd be facing a wall of water more than a mile wide. At that time, water was moving North from the river to Lake Pontchartrain across this vast expanse at a rate of nearly 200,000 cubic feet per second. The arrival of so much fresh water from the Mississippi into the saltier coastal water of the Gulf threw off a delicate balance. Local volunteers found the remains of more than150 dolphins and twenty-three turtles. Scientists on WLOX's newscast in Biloxi, MS, blamed the loss of marine life on the influx of fresh water.

Additional non-salt water that comes in decreases the salinity in their environment and that causes some major problems with these guys.

Two parts per thousand salinity. You can stick your finger in it and it tastes like fresh water. These animals are simply not made for that kind of fresh water. That kind of flexibility. For us it was 100% mortality. We lost about probably 14,000 oysters in that event.

Author and chef Melissa Martin sees the changes showing up in her kitchen. She's the founder of The Mosquito Supper Club in New Orleans.

I created these tables so we could start a conversation about South Louisiana and talk about sustainability and food and life and the environment. What we do here is try to give people a meal that they would have at my grandmother's house or my mom's house, serving the food that I grew up eating. I get worried when I peer into the future about running a restaurant. I won't be running a restaurant based on seafood from other places. I will always be running a restaurant based on what I could get here. And that may mean that one day that I'm not a seafood restaurant. And that's a really sad thought, but that's kind of the reality of where we are.

Martin's kitchen hasn't suffered solely from the intrusion of fresh water into salt water. Salt water moving into fresh has been an even bigger problem. The numerous oil & gas production facilities in the area utilize a maze of man-made channels, allowing saltwater to invade marshlands, causing erosion and destroying seafood-rich habitat.