Us Wine Shipments Increase Slightly To 409m Cases In 2019 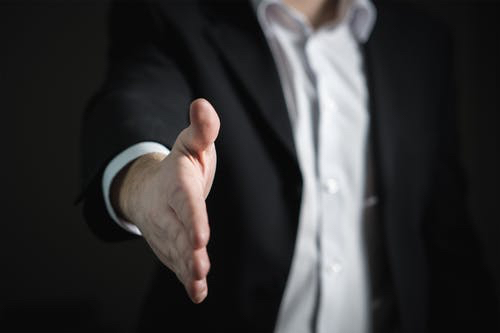 SACRAMENTO — Wine shipments in the United States advanced slightly in 2019, continuing a more than 25-year trend of annual growth in the sector, despite growing fears of an eventual retraction.

American and foreign wineries shipped an estimated 409.1 million wine cases last year within the nation, up 1.1% from 2018, according to a preliminary analysis of federal excise taxes by alcohol beverage industry consulting firm bw166.

The data was released Wednesday at the Unified Wine and Grape Symposium in Sacramento, the largest wine industry trade show in North America.

The growth last year was primarily driven by foreign imports such as sparkling wine, which had a 1.7 million case shipment increase, and the sangria/wine cooler category that had a 3.1 million case jump from 2018 to 2019.

Still, industry concern was evident at the conference given the well-documented oversupply of grapes and bulk wine at a time when retail wine sales are flat. Those factors have coincided with U.S. trade wars with China and Europe that have included wine tariffs.

“I don’t think the sky is falling,” said Danny Brager, senior vice president of the Nielsen Co., a data analytics firm. “Even if some of you may feel that way, ... we need to have the resolve and courage to change the current trajectory.”

That is especially the case for grape growers in Sonoma County and other places facing a glut in the marketplace. During the 2019 harvest, many farmers across the North Coast and state left grapes on the vines because they could not find buyers.

“We are in a very difficult supply situation,” Bitter said.

The same concern also applies to wineries as they face stiff competition for retail shelf space with spirits, craft beer and even hard seltzer drinks, the fastest growing segment in the entire alcohol sector with more than 200% annual growth and 2019 sales of $1.6 billion. Younger consumers are attracted to seltzer beverages for the lower calories and variety of flavors.

Brager said, for example, Budweiser introduced Bud Light Seltzer, trying to get a piece of the booming seltzer business.

There are some bright spots in the retail wine market. Rose wine still represents a strong segment, though it is growing at a slower pace with almost $700 million in annual sales. Notably, 43% of the rose category came from France in 2019. But bottled table wine from France is now under a 25% U.S. tariff imposed by the Trump administration as result of unfair European subsidies to Airbus, which is likely to affect those figures this year.

The wine industry for the most part is against the Trump trade wars, especially since Beijing imposed increased tariffs on U.S. wine after the president took action against Chinese steel imports.

But that outlook is not uniform. As a grower, Bitter did concede California wines could get a bounce with the tariffs against a large swath of European wine. Last year, wine shipments in the U.S. from California wineries increased a slight 0.8% compared with 2018, according to bw166 data. There were no annual wine case figures for the state or a county-by-county case shipment breakdown in the consultant’s report released Wednesday.

“There’s a lot of reasons that it’s not good when you are playing tit for tat with tariffs,”Bitter said. “But to answer the question directly? Is it good for California growers. Heck yeah, it’s good.”

Sauvignon blanc also continues to be a strong U.S. seller, but New Zealand has a large foothold in that market. Merlot, riesling, malbec and white zinfandel all had decreases in sales last year.

The metrics are another indication for local vintners who realize they have adapt to the changing nature of the business given the tougher environment.

Lambert Bridge, a boutique winery in the Dry Creek Valley of Sonoma County that produces about 7,500 cases a year, in recent years has switched to selling all of its wine directly to consumers and recently established tastings by appointment only. The goal is to focus on providing superior service to members of its wine club so they have a reason to stick with the winery, said Bill Smart, vice president and general manager of Lambert Bridge.