English Sparkling Wines Challenge The Supremacy Of Champagne, France Thanks To Climate Change 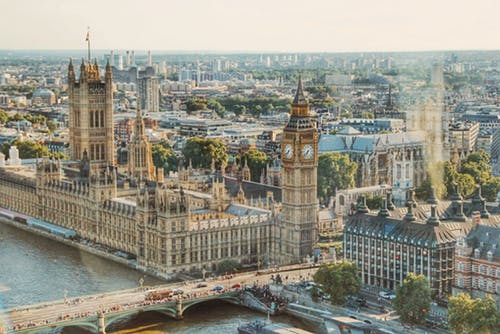 In the spring of 2016, something happened that sent the wine community into a bit of a tizzy: In a blind tasting, a selection of English sparkling white wines were chosen over comparable French champagnes. In fact, some of the experts gathered at the tasting—including well-regarded French tasters—believed the English wines they tried were actually French.

The vinous upset shouldn’t only alarm wine aficionados. While English sparkling wines’ new challenge to French champagne is undoubtedly due to the hard work of its winemakers, it’s also due, in no small part, to climate change. While the United Kingdom’s chalky soil is all-but identical to the soil in the Champagne region, its climate—until very recently—simply couldn’t compete.

The U.K.’s cold, wet conditions have turned ever-so-warmer, giving English wines an edge. Some winemakers have become climate scientists in their own right, adapting to and experimenting in new and changing weather patterns.

?Since 1900, many regions of Western Europe—including the U.K. and France—have seen their average temperatures rise by about 3 degrees Celsius, says Martin Beniston, a climate change expert and honorary professor at the University of Geneva. But in the last two decades, heat waves have caused record-breaking temperature spikes, including a 46.1 degrees Celsius—or 114.98 degrees Fahrenheit—day last July in Provence, France.

Summer droughts have become common in the last 10 years in both the U.K. and France, Beniston says, which, combined with extreme heat, can be detrimental to plant growth and survival. “Cold waves are decreasing in parallel to the increase in heat waves,” Beniston says. “Today, we see record heat events outnumber cold temperature events by between 6:1 to 15:1,” and heat waves are moving northward.