The Art And Science Of Tracking Food Trends 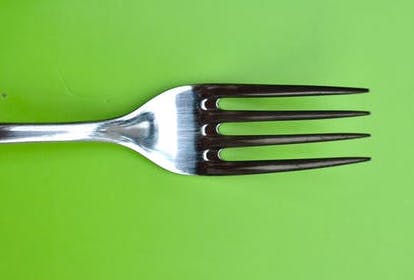 SAN FRANCISCO — Among the top foods predicted to post strong growth over the next four years are cultured butter, hard seltzer, turmeric and Tajin seasoning, according to Datassential. Kombucha, matcha and ancient grains also are projected to gain continued momentum.

“We start from this 30,000-foot view of what’s happening in the country, in the world, what’s going to impact the food industry as a whole,” Mr. Kostyo said during a presentation at the Winter Fancy Food Show on Jan. 20 in San Francisco.

A trend’s trajectory may be tracked on a four-stage cycle: inception, adoption, proliferation and ubiquity. Dessert flavors on a menu adoption cycle range from black pepper, avocado and yuzu in the inception phase to chocolate, caramel and peanut butter in the ubiquity phase.

“The 1950s were all about ubiquity… It was kind of that steak-and-potato period,” Mr. Kostyo said. “During the ‘80s we started to move a little bit further in the menu adoption cycle… We started to see cooler stuff proliferating in the landscape.

“Today adoption is really the sweet spot for the industry. For a lot of our clients who say, ‘I want to put something cool and trendy on the menu,’ it tends to be from the adoption stage of the menu adoption cycle. This has been the innovation engine for the past few years.”

He cited such examples as gochujang, cold-brew coffee, farro and tahini. Dessert flavors in the adoption stage include sweet potato, Greek yogurt, ginger and bacon.

“We are seeing people start to play in the inception stage of the menu adoption cycle that aren’t necessarily that really cool, forward-thinking, high-end chef in the city,” he noted. “It’s things like Arby’s doing the venison sandwich.”

Trends are moving from inception to ubiquity more quickly than ever, as a result of demographic changes, urbanization and mobile technology, he said.

“It used to take about a dozen years to move through this menu adoption cycle,” Mr. Kostyo said. “Now we’re moving to about half that. It’s about six to eight years right now that it takes for something to move from inception all the way to ubiquity.”

Flavors and ingredients in the inception or adoption stages generate excitement, while those in proliferation and ubiquity are familiar and favored by consumers.

“The two most important metrics when we’re creating a menu item or a new retail product are uniqueness … have you seen this anywhere else before? … and purchase intent … do you want to buy this item?” Mr. Kostyo said. “High uniqueness plus high purchase intent is like the holy grail of a product. That’s safe experimentation. It’s mixing together an ingredient or a format that most consumers know — pizza, sandwiches, burgers, chips — and including something in the earlier part of the menu adoption cycle to make it a little bit more unique.”

“This is safe experimentation in a nutshell,” Mr. Kostyo said.

Several factors, such as support from a restaurant or retail brand or a tie-in to a larger trend, may propel a food or flavor forward. An ingredient that is versatile or ripe for reinvention also is more likely to gain traction. Consider cauliflower as an example.

“We see it in pizza crust, in cauliflower rice, we see roasted cauliflower steaks on the menu, we see cauliflower ‘wings’ doused in hot sauce,” Mr. Kostyo said. “There was a need for an ingredient that could do that at a time when plant-based was growing.”

Products and brands that tap into health, sustainability or authenticity are positioned to succeed in the marketplace, Mr. Kostyo said. Eighty per cent of consumers said they want retailers to offer more foods and beverages with functional benefits, and 82% of consumers said they bought a consumer packaged goods brand for the first time because it aligned with their personal values, according to Datassential.

“What’s the future of healthy?” Mr. Kostyo said. “Personalized nutrition. It’s not just customization on a large level … it’s to me specifically that a brand or restaurant is actually creating food for my particular tastes and nutrition and health profile.”