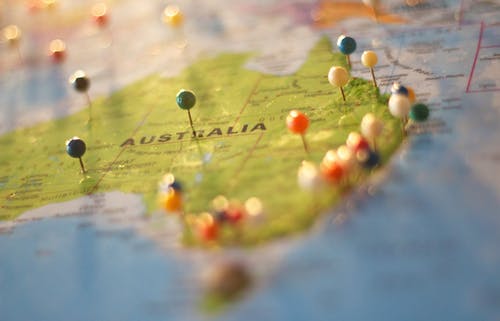 Massive wildfires have been raging across Australia since September, killing 24 people and a staggering amount of wildlife (recent estimates include a half billion wild animals). The worst blazes are along the eastern and southern coastal areas where most Australians reside. So far, 12.35 million acres of Australian forest, parks and bushland have been devastated.

Wine regions in Queensland, New South Wales (NSW), South Australia and Victoria have all been affected. This includes Hunter Valley, Canberra, Rutherglen, Gippsland and Adelaide Hills. All face an uncertain 2020 vintage, as the effects of smoke taint and heat on this year’s crop remain unknown.

Vineyard Destruction
South Australia’s Adelaide Hills wine region, was the hardest hit wine region in the country. On December 20th, as temperatures soared to 111°F (43.9°C), a suspected downed power line started a fire in Cudlee Creek that rapidly enveloped between 2,718 and 2,965 acres of the region’s vineyards, destroying around 30% of Adelaide Hills’ production.

The Cudlee Creek fire affected more than 60 growers and producers in the Adelaide Hills. Vinteloper, Tomich Wines, New Era Vineyards, Golding Estate and Barristers Block were among the wineries that sustained the most severe damage. A vast number of those impacted, however, were grape growers who sell their fruit to different wineries.

“When I visited the vineyard after the [fire] went through, I was so shocked…For several days I just couldn’t process what had happened,” says James Tilbrook, the owner/operator of Tilbrook Estate in Lobethal, located in the heart of the region. Ninety percent of the estate’s vineyard was burned, along with its winery, sheds, equipment and wine stock.

Stephen and Prue Henschke’s namesake winery is one of Australia’s most esteemed. While their Eden Valley vineyards were untouched by the fire, the destruction of their Adelaide Hills vines has historic consequences.

“The fire has impacted some of the oldest vines in the region,” says chief viticulturalist Prue Henschke. “They were just about to reach 35 years of age (to be designated ‘Old Vine’). We don’t know if we will need to replant vines yet, we will only know in time.” It takes an average of five years for new vines to produce fruit.

The financial blow to the Adelaide Hills wine industry is already significant. Jared Stringer, vice-chair of the Adelaide Hills Wine Region industry association, told The Guardian that the region lost $20 million worth of wine, which translates to 794,000 cases.

Henschke’s vineyards in Lenswood, a subregion in the central part of the Hills, typically produces 25% of the label’s grape production. “But for 2020, its contribution will be zero,” says Stephen.

How the Fires Started
A confluence of factors contributed to Australia’s fires. While summer months down under regularly bring some bushfires, a prolonged drought and record high temperatures spread the fires to an immense scale.

These hot and dry conditions are due in part to a natural weather phenomenon called the Indian Ocean Dipole, analysts say, and the effects are heightened by conditions related to climate change, such as rising levels of CO2 and increased temperatures. In December, Australia hit its highest average temperature on record, 107.4°F (41.9°C).