This Procork Membrane Can Add Consistency To Wine Quality 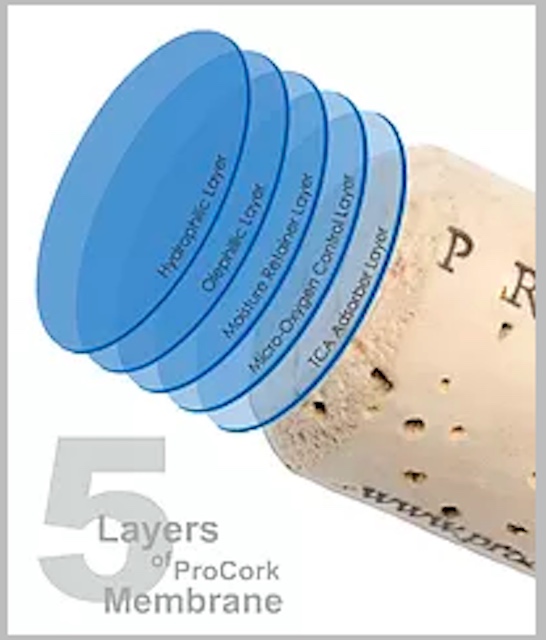 Can an ‘inert, semi-crystalline, oxygen-selected membrane, heat-welded to the end of cork’ improve consistency in wine quality? Several winemakers—including at least one with a Top Ten listing in Wine Spectator, and 100-point scorings from wine critic Robert Parker—believe so.

The evolution of this technology was not—as its inventor Dr. Gregor Christie said, ‘something that just pops into your head.’ Instead, it was born unexpectedly at the crossroads of two disciplines.

ProCork is a cork with an extremely thin, clear membrane placed over both ends—hardly detectable to the human eye. It allows oxygen to pass through at a consistent rate—but blocks passage of contaminants that include the chemical compound TCA—or 2,4,6-trichloroanisole—which causes a foul and gluey ‘corkage’ taste in infected wines.

Evolution Of Invention
After working as a chemist with British Petroleum in Australia, Gregor Christie obtained his doctorate in chemical engineering at the University of Melbourne. He next toiled in a material science laboratory in the same city as director of research for food and packaging.

Eventually, he was tasked with a unique opportunity.

Earlier this century (and last century) many corks were plagued with problems of TCA contamination. This occurs when lignin associated with cork breaks down to form phenolic compounds. If these chemically combine with chlorine—either from fungi living on cork bark, or found within the surrounding environment—the resulting TCA provides an odor and taste so strong that humans detect it at levels of about five parts per trillion. That’s the equivalent dilution of about one single raindrop (considering a raindrop diameter somewhat less than 3 millimeters, or 0.11 of an inch) within an Olympic size swimming pool.