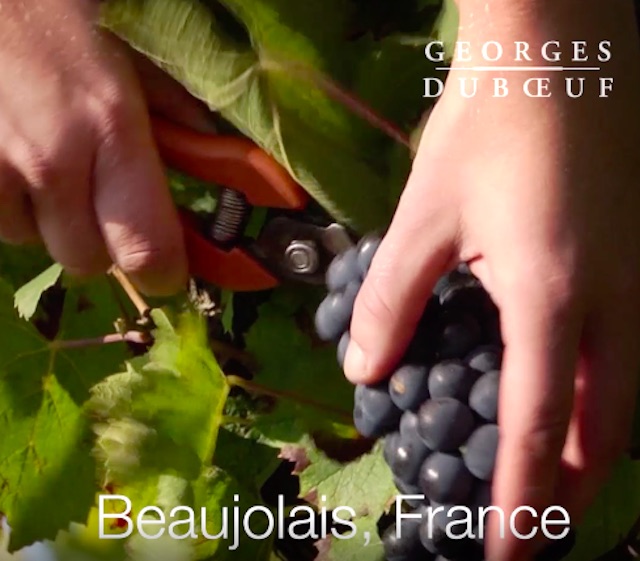 WASHINGTON — Every year on the third Thursday of November, at exactly 12:01 a.m., the French release their celebrated first wine of the harvest — the crisp and fruity Beaujolais Nouveau.

This year, for American drinkers, the pleasure of sipping the young wine — which is meant to be consumed by the end of December — will be a little more expensive, due to a new 25% duty.

While all still French wines below 14.1% alcohol content are caught in the crosshairs of the duties, the growers that produce Gamay grapes for Beaujolais Nouveau are uniquely impacted.

“The biggest hang-up with Beaujolais Nouveau is that unlike other products, we can’t really extend the sale of this wine,” said Dennis Kreps, co-founder of importer Quintessential Wines, which is based in California’s Napa Valley.

“It’s very, very seasonal, and it’s not something that we market after the New Year,” he said, adding that retailers fear a surplus of inventory this year because of the tariffs.

Here is where thin-skinned magenta Gamay grapes are queen and wine merchant Georges Duboeuf is king.

Duboeuf, affectionately called “Papa of Beaujolais,” has the Gamay grapes hand-harvested in September followed by a quick fermentation and bottling in October.

Meanwhile, across the Atlantic Ocean, Kreps, the exclusive U.S. importer of Georges Duboeuf, coordinates the colossal logistics of distributing the wine to American retailers on the precise French schedule.

“We start marketing Beaujolais Nouveau in February and get pricing and packaging out to all our distributors and retailers in June and July, then they offer the wine to their customers in August and the orders are placed at the beginning of September,” Kreps explained.

The tariffs, which were enacted Oct. 18, created another logistics problem.

A few hours before the tariffs went into effect, French Economy Minister Bruno Le Maire warned the move would trigger serious repercussions for Washington, already embattled in a trade conflict with China.

Last year, the U.S. imported about $488 billion in products from the European Union, making the 28-member bloc America’s second-largest supplier of goods. And when it comes to wine, the EU is the largest export market for U.S. wines, bringing in $469 million in 2018, according to figures provided by the Wine Institute.

Industry experts bristled at the notion that the duties on European vintages would benefit American winemakers, as President Donald Trump has said.

“This is not an optimal situation for anyone. Anytime there is any type of a trade war, there is always a concern about the retaliatory salvo that comes your way and against your products,” Michael Bilello, a senior vice president at Wine and Spirits Wholesalers of America, told CNBC.

“When free trade is compromised and business becomes more expensive to conduct, consumers are always left to pay for the damages by way of higher prices,” he said.

“We are not a big fan, and our community as a whole is a little weary of the tariffs,” Michael Haney, executive director of Sonoma County Vintners, told CNBC when asked about the levies. “What could happen is that the French retaliate and put tariffs on our wines as the Chinese have done. And so, now you are in a true tariff war over wine, and no one wants that.”

“We are concerned that this action will lead to increased tariffs on U.S. wines and set back our efforts to continue growing U.S. wine exports,” Koch wrote in a statement.

In 2018, California’s 4,700 wineries drew nearly 24 million visitors, employed 325,000 people locally and generated nearly $58 billion for the state. The Golden State also makes 81% of all U.S. wine, and is the world’s fourth-biggest wine producer.

“We were really hoping the tariffs were all bluffs,” Quintessential Wines’ Kreps said.

Despite the tariffs, Kreps is hopeful that consumers will continue to buy Beaujolais wines next year and beyond.

“Beaujolais wines have always been considered great value buys, and even with the tariff, I think consumers that love Beaujolais are loyal to them and their unique style,” he said.