Alcohol Awareness Week: Everything You Need To Know About Alcohol Units 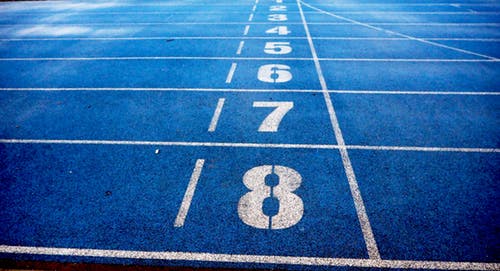 Knowing how many units an alcoholic drink contains provides you with information regarding the strength of your beverage.

This can allow you to make healthier choices when it comes to your drinking habits, in addition to a greater understanding of drink driving limits in the UK.

How many units, for example, are in one small glass of wine? And how many are in a beer?

Here is everything you need to know about alcohol units:

What is an alcohol unit?
Alcohol tax cuts ‘cause nearly 2,000 extra deaths in seven years’
An alcohol unit is defined as 10ml or 8g of pure alcohol. As alcoholic drinks come in various strengths and sizes, units are the only accurate way to measure how relatively strong a drink is and how it affects buyers.

According to the Drinkaware website, “it takes an average adult around an hour to process one unit of alcohol so that there’s none left in their bloodstream, although it varies from person to person”.

A 284ml half pint of beer containing 3.8 per cent alcohol by volume (ABV) lager equals 1.1 units – so a full pint is a little over two.

For wine drinkers, a “small” 125ml glass will work out as about 1.4 units, while a 25ml shot of spirits – since it will normally contain 40 per cent alcohol – is exactly one unit.

To keep alcohol-related health problems at bay, men and women are advised by the UK Government not to drink more than 14 units a week.

What are the drink drive limits in the UK?
In England and Wales, the alcohol limit for motorists is 80mg of alcohol per 100ml of blood. Drinkaware states that in “most other European countries, the limit is less, usually 50mg per 100ml of blood.”

The Scottish government made this decision because they wanted the country to resemble other European countries, which saves lives and makes Scotland’s roads safer.

How are people tested for drink driving?
If the police pull someone over who they think may be over the limit, they will carry out a breathalyser test at the roadside.

When you drink alcohol, some of it will be passed from your blood to your breath, which is what the machine is designed to detect.

Motorists will be asked to blow into the machine for three or more seconds, which will allow the machine to measure your blood alcohol content.

If the reading shows that you’re over the limit, you will be penalised for drink driving.

Anyone who is caught drink driving will face a ban from driving for at least 12 months and will be fined up to £5,000.

Drinkaware.co.uk also states that you can be “given between three to 11 penalty driving points. And you could be sent to prison for up to six months”.

The history behind units
In 1979, the Government advised men to drink no more than 56 units of alcohol a week. Later, this was reduced to 36, then to 28.

In January 2016, the Chief Medical Officer reduced it to 14 units, explaining that there is no safe level of drinking and any health benefits of drinking were “an old wives tale”.

Regular drinking at any level is now known to put people at risk and can rise with the amount that we drink.

Women used to be advised to drink no more than two to three units a day, with men having a higher limit of three to four.

However, current rules state that both men and women should stick to 14 units over a week, advising it is best to spread alcohol consumption over the week and not to “save up units” for one day.