To Make The Wine Industry Less Toxic, We Need To Get Loud 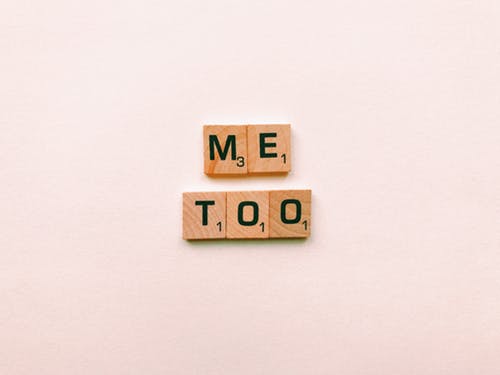 The sexual assault allegations against sommelier Anthony Cailan make clear that the wine world has work to do. But how do you change the culture of a business that is built on drinking?

Scrolling Instagram one morning this fall, between posts of my friends leaf peeping and last night’s dinner plates, I saw the October 2019 Wine & Spirits cover, which the magazine has since removed. Big, in a pretty serif font, it boasted “Best New Somms” with a portrait of sommelier Anthony Cailan of the New York City restaurant The Usual with hundreds of congratulatory comments. I burst into tears.

I’d heard rumors about Cailan’s sexual misconduct when he left Los Angeles to work with his brother, chef and restaurateur Alvin Cailan, in New York in 2018. Everything I had heard was secondhand, not enough to speak publicly about, but enough to make me want to know more.

I posted on Instagram the same day, September 10th. I was vague and didn’t name names, just mentioned that I’d heard “a prominent sommelier (both LA & NY)” had assaulted multiple women and that I would like to talk off the record to anyone who was open to it. I’d been using my platform as a wine writer to speak publicly about sexual assault—and my own experiences with it—since 2016, and I hoped that people would feel safe coming forward to me. Within 20 minutes of posting, I had messages from four people relaying personal stories of sexual harassment involving Cailan—and over the next two weeks, dozens of other assault survivors contacted me. I reached out to New York Times reporter Julia Moskin, who’d heard rumors herself about inappropriate behavior among sommeliers and other wine professionals, and put her in contact with these sources. After a month of reporting and legal vetting, Moskin’s piece on the allegations against Cailan and broader issues of abuse and complicity in the wine industry ran on Friday.

In the piece, multiple women recount how Cailan invited them to his house and pressured them to drink, take drugs, and give in to his sexual advances despite them verbally saying no. She also writes about how pervasive this behavior is in the world of wine, especially when it comes to young women who are just starting their careers, and how, despite being aware of his inappropriate behavior, people who knew Cailan failed to speak out about his actions.

Moskin’s story—and my experience talking to survivors—makes clear that sexual harassment and assault in the wine world has all the notorious hallmarks we’ve become familiar with in the food and beverage industry and beyond: a culture of drinking, abuses of power, and the constant excusal of bad behavior. Except, when it comes to wine, one of those hallmarks is the foundation that the business is built on.

I’ve been in the wine world professionally for almost five years now, covering natural wines and the culture of winemaking, and it did not take me long to realize that, if you work in this field, you can’t “just say no” to wine. Talk all you want about tasting and spitting, but drinking wine is not just part of the job, it’s part of your education, and it often becomes your social life, too. You can read all about Barolo, but you won’t know what it tastes like until you try it. And if you’re lucky enough to get to try a $500 bottle of ’99 Giuseppe Rinaldi, can anyone blame you for not wanting to spit it out? Even if you politely decline, the bottles will still be opened, and your glass will most likely be filled.

Consider who’s filling your glass: Maybe it’s the buyer you need to make happy so he takes an extra case. Or the boss you need to have another round with for a chance at a promotion. Or your favorite winemaker who begged you to stay at the table to keep him company. The natural wine world in particular has a reputation for celebrating the freedom and pleasure of wine, while “freedom” and “pleasure” have often been excuses for inappropriate behavior.

By Marissa A. Ross
November 5, 2019
Source and complete article: Bonappetit.com