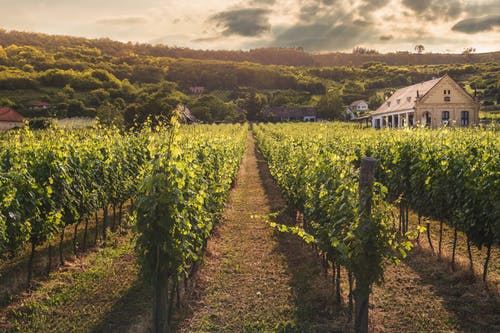 Farm laborers in yellow safety vests on Friday walked through neatly arranged rows of grapes in a vineyard outside Healdsburg, harvesting the last of the deep purple bundles that hung from the vines, even as the sky behind them was dark with soot.

Over the hill just behind them, firetrucks and first responders raced back and forth from a California Department of Forestry and Fire Protection staging area, working to contain the Kincade Fire raging through the rugged hills and canyons in northeastern Sonoma County. As of Tuesday, more than 4,500 firefighters were battling the blaze, and a broad swath of the county was under evacuation orders as Northern California endured a powerful windstorm fueling the flames.

For Low-Income Residents, Fires and Shutoffs Take Disproportionate Toll
For farmworkers in Sonoma County's fabled wine country, the Kincade Fire, which erupted Oct. 23, poses a daunting set of risks. October marks not only fire season in California, but also the peak of the grape harvest. In areas not imminently threatened, some workers labored through the heat and dangerous smoke to retrieve some of the hundreds of thousands of dollars worth of grapes that had yet to be harvested. As the fire continues to spread, many now are finding that their work — and paychecks — have been suspended.

Sonoma County is familiar with fire. The Tubbs Fire tore through the area in 2017, killing 22 people and destroying more than 5,000 homes. Last year, dense smoke from Butte County's Camp Fire — the deadliest in state history — hung in the valley for days.

As wildfires of this strength and intensity become more frequent, so to do concerns for field workers, who can face conditions that jeopardize their health, wages and housing.

Outside of the fire itself, the main health concern in wildfire conditions is smoke, which produces particulate matter, a mix of gases and microscopic pieces of solid matter. The particles can penetrate deep into the lungs, increasing the risk of respiratory diseases and asthma, as well as heart problems.

These risks typically prompt health authorities to warn people in areas affected by wildfire to stay indoors and limit exertion. Farmworkers, an essential component of the wine country economy, along with construction workers, utility workers and many others who make their livelihood outside, can't always take such precautions.

On Saturday, Manuel Ortiz Sanchez, 52, sat with his family outside Santa Rosa's Veterans Hall, which overnight had been transformed into a shelter. He had been evacuated from his home in Healdsburg and was nervous about what it would mean for his family. Born in Mexico, he has worked in the region's vineyards for more than 20 years. He already had lost a day and a half of work to the smoke. Asked if he would he be paid the following week if the vineyard where he works were still shut down, he said, "It's up to the boss."

Inside the hall, volunteers with Corazón Healdsburg, a nonprofit that works with the local Latino community, was helping Spanish-speaking families register at the shelter. One woman wondered whether the registration bracelet would identify her as an undocumented immigrant and whether immigration enforcement authorities would be coming to the shelter.

At another table, volunteers offered to take contact information for people who are undocumented, and therefore not eligible for most federal relief. After the 2017 fire, local organizations created a fund to help people who were undocumented and affected by the fires, and that fund is back up and running. Ninety percent of the more than 2,000 people the fund helped in 2017 did not lose homes, but they did lose wages and the food in their fridge as a result of the power outages, said Mara Ventura, executive director of North Bay Jobs With Justice. Power outages have continued to be an issue in the area this week, with the utility PG&E turning off electricity to millions in the region for days because of strong winds and fire fears.

Labor advocates have been pushing for work standards linked to wildfires and smoke. Though a bill failed to pass the state Legislature this year, California adopted temporary emergency regulations in July that require employers to check the air quality before and during a shift. When pollutants rise above a certain threshold — an air quality index of 150 — workers are to be moved to a safer location if possible, and provided protective masks if not. The AQI in eastern Sonoma County has routinely topped 150 in recent days.

'This is our second year of fires. They're sudden. You go to bed, and you wake up to this natural disaster.'