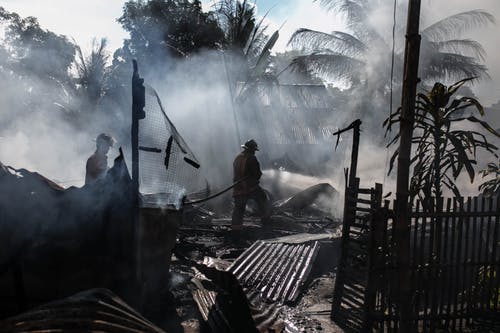 CNN A raging wildfire has forced the evacuation of hundreds of homes after it exploded to thousands of acres in Northern California, authorities said.

The Kincade Fire, ignited Wednesday night, has scorched 10,000 acres, the California Department of Forestry and Fire Protection reported Thursday morning.
More than 550 homes -- with about 1,700 residents -- are under mandatory evacuation orders as the blaze burns uncontrollably, Sonoma County officials said. More evacuations may be issued.

The fire erupted the same day that California's largest utility started another round of intentional power cuts to prevent its equipment from sparking wildfires. It is burning near the outage footprint in Sonoma County, Pacific Gas & Electric officials said early Thursday.

The latest blackouts will continue at least through Thursday in parts of 17 counties, including Sonoma's wine country. Red flag warnings are in place for more than 25 million people in Northern and Southern California, which means soaring temperatures, low humidity and strong winds will increase fire dangers.

Susi Weaver, the manager for a ranch in the Mayacamas Mountains above Geyserville, California, sprays down the dry brush as the Kincade fire burns nearby on Thursday.

The Kincade Fire started at 9 p.m. Wednesday (midnight ET) and torched more than 5,000 acres within three hours, Sonoma County Sheriff's Sgt. Juan Valencia said. At that speed, a football field would be burned every three seconds, according to CNN meteorologist Brandon Miller.

As the fire burned, winds gusted up to 76 mph nearby, the National Weather Service said.

The River Rock Casino has been asked to evacuate, along with additional areas east of Geyserville, about 80 miles north of San Francisco, the sheriff's office said. The American Red Cross has set up two evacuation centers.

Firefighters confer while battling the Kincade Fire near Geyserville, California, on Thursday.

A video of the fast-moving blaze was shared by the Sonoma County Sheriff's Office. It warned residents to be careful. "This is why we issued evacuation orders. Be safe, Sonoma County," it said.

In October 2017, the Tubbs Fire ravaged tens of thousands of acres in Sonoma County and killed nearly two dozen people. In Santa Rosa alone, a fire wiped out thousands of homes in the city roughly 50 miles northwest of San Francisco.