Toast Of The Town: Why Madeira Wines Are Having A Moment 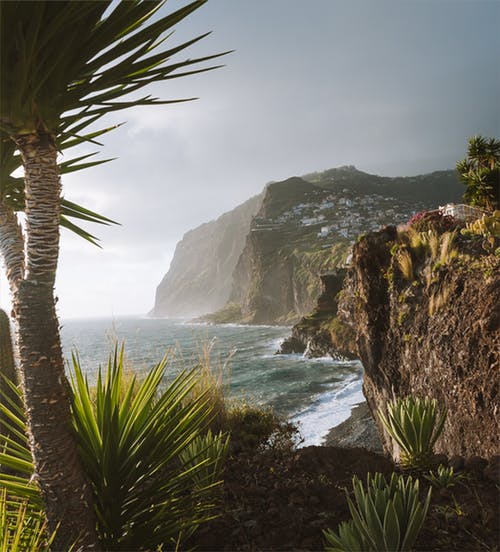 Madeira is having a moment. The fortified wine – named for the island where it’s made, just west of Morocco – was given a shout-out at last week’s Michelin awards, when the 2020 Sommelier Award winner, Jurica Gojevic, declared it his favourite style.

He’s not alone in loving the stuff; next month Salt Yard Group co-founder Simon Mullins and wife Isabel Almeida Da Silva, of Mirabelle and Delaunay, open Volta do Mar in Covent Garden, promising Portuguese plates and a dedicated Madeira bar. Before that, on October 27, the wine-lovers private members’ club 67 Pall Mall are opening their doors to the public for Madeira tasting, while Compagnie des Vins Surnaturels, in Neal’s Yard, say their Madeira menu is more popular than ever, and have just cracked open a bottle from 1835. These typically rich, nutty wines, then, are the drink to drink, especially as the weather cools off.

“Their time is now,” says Volta do Mar’s Mullins, “We’ve seen a rise in the popularity of sherry, orange wines, and oxidised wine style like some of those from Jura and Georgia… Madeira sits well alongside them and has a great history – very much a case of what was old will be new again.”

The history is one of a happy accident. Up until the late 19th century, Madeira was a stop-off for ships travelling the Atlantic shipping routes to the East Indies. Sailors loaded their boats with wine, adding brandy to preserve it; as the ships sweated around the African coast, the heat seemed to help and the earliest version of Madeira was born. Later, wine-makers replicated the process on land, only this time fortifying the wine with grain spirit, which sits at about 95 per cent strength (more than double a typical bottle of whisky). It worked and, because the process repeatedly heats and cools the wine and lets the air in, and forgoes cellars for five-story houses – all things winemakers are usually at pains to avoid – the wine that comes out is all but imperishable.

“We say Madeira lasts forever,” says CVS’s general manager Roman Jaën, while Mullins goes further: “It’s the only wine which can be regularly bought and drunk with decades or centuries of bottle age.” Quite – it’s the one wine where vintages needs the century clarified: asking for a ‘92 can produce vastly different things.

“While not many wines can still be lively and vibrant after 100 years, Madeira can,” says 67 Pall Mall’s Xavier Giammmattei. “The oldest I had the chance to taste was a 1795 we served. Incredible to think that this wine, which was made only six years after the French Revolution, was still alive!”

Doesn’t touch the sides: 67 Pall Mall sold nine litres of 1980 Blandy’s Terrantez in three weeks, which is half of this bottle
“It’s one of the few wines that has not changed since becoming popular 300 years ago,” says says Michelin man Gojevic, who looks after wine for Limerick’s newly-starred Adare Manor.

Being ancient isn’t everything: at the moment, 67’s big hit is a Melchior of 1980 Blandy’s Terrantez. In three weeks, they’ve sold half of it – all nine litres worth. In the supermarkets, a bottle of young, blended Madeira starts at around £10 for a bottle of three-year-old from Henriques & Henriques, who are one of only eight producers to make the wine. It’s delicious with fudge cake.

“The wines are great value considering the effort it takes to produce them, not to mention the sheer quality of even the mid-range wines,” says Mullins.

Being accessible and idiot proof isn’t the only attraction, though knowing that a bottle will keep in the cupboard indefinitely, even if you forget the cork, is a plus for those of us who clumsily clean up a party a little worse for wear. Better is that Madeira suits practically any food: there are dry and sweet styles, from four white grapes (Sercial, Verdelho, Bual, Malmsey, in order of ascending sweetness), and almost all, owing to their high acidity, have a dry-ish finish that pairs easily with different dishes.