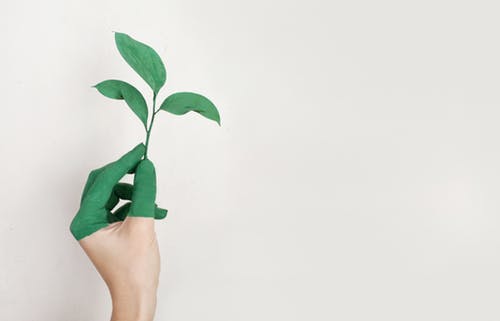 London CNN Business A 500-year-old brewery in Bavaria, Germany has become an unlikely leader in the eco-friendly beer making movement.

The Hofmühl Brewery, founded by Catholic bishops in 1492, has reduced its carbon footprint by 40% over the past two decades through solar panels and efficient water filtration, while making use of excess grains.

Championed by Chancellor Angela Merkel, Germany's "Energiewende," or renewable energy transition, encourages businesses to go green by offering tax credits, subsidies and favorable loans — benefits that an increasing number of the country's 1,300 breweries are taking up.

"Most of the breweries are small or middle sized, and most of the decisions come from the owners," Johannes Jung, Hofmühl's plant manager and brewmaster told CNN Business. "They have a view of belonging to the future."

Many German breweries have taken the environmental initiative because they don't have the pressures of publicly listed companies and are able to plan for the long term, he added.
They include the relatively young Felsenbräu Brewery (built in 1928), which is located just 16 miles from Hofmühl Brewery and boasts 98% renewable energy sourcing.

"If you are in a big company, and you have to think about shareholders, then of course it's a little bit difficult," Jung said, explaining that eco-friendly investments often take a while to pay off.

In 2012, Emslander invested €190,000 ($213,000) in a heat and power unit that produces electricity from a mix of natural gas and thermal energy from solar panels. The engine paid for itself in four years and now meets half the brewery's electricity needs.

Plans are being drawn up for further investments to boost efficiency — including installing photovoltaic panels to produce electricity directly from the sun, and sourcing natural gas from the fermentation of organic waste, including spent grains leftover from the brewing process.

After fermentation, 98% of Hofmühl's beer is packaged in recyclable kegs or bottles, while excess grains and yeast from the brewing process are sold to farms as livestock feed or fertilizer — an increasingly common practice for craft beer makers.

None of these developments, however, should get in the way of the customer's experience, Jung stressed.

"Of course, we don't want to change the taste or flavor because of our production process," he said. "I don't think that they buy the beer because of the eco-friendly production."

Outside of Germany, some major beer producers have quietly caught on to the eco-friendly model.

The world's second-largest beer maker, Heineken (HEINY), says 34% of its agriculture is now sourced sustainably, and it has installed thousands of solar panels in its breweries in Europe, the United States and Singapore.

Sierra Nevada Brewing Co., the largest independently-owned brewery in the United States, operates with a zero-waste policy by reusing nearly all of its byproduct.
The craft beer maker uses water recycling technology and solar panels, and has started growing some of its hops and barley in house — something rare for breweries, even in Germany.