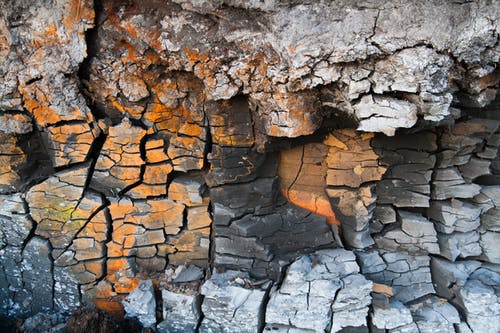 Cheap image, flagging economy, few exports: South Africa's winegrowers are struggling with many obstacles. There is also a major issue over water.

It's like a trip back in time. Not long after you leave the gleaming skyscrapers of Cape Town, you're passing neat little wooden houses lining the side of the street. And suddenly the names are all in French. There is a "Place Vendome" and "L'Ermitage." The Franschhoek Valley wine route passes through one of South Africa's largest wine growing regions once founded by French immigrants.

"Cheap and cheerful" — for a long time that was the image of South African wines. After the end of apartheid and the lifting of the associated export ban, the winegrowers tried to conquer the markets with cheap, mass-produced wine. Today they are struggling to shake that image and gain recognition as producers of quality wines.

"We suffer from our history", says Maryna Calow, from Wines of South Africa, the export organization representing South Africa's winegrowers. It is still very difficult for many vintners to demand higher prices for their wines, despite the fact that they have invested heavily in improving quality. "The costs are going up and inflation is high. Everything we import, like oak barrels or special machinery is more expensive. Two-thirds of our producers are making a loss."

Calow wishes that market prices were higher. In her view that would be justified given the quality of South Africa's wines.

Takua von Arnim holds a bottle of pinot noir up against the sun. The 2016 Haute Cabriere, Pinot Noir Reserve costs €24.90 ($27.55) in Germany – if you can even get one at all. Only 38,000 bottles of the wine were produced and most of the van Arnims' wines are sold in South Africa. Only 5 percent are sold abroad.

The family has gradually expanded its estate with the French name. Today, it includes 40 hectares of vineyards. Von Arnim picks up a hand full of sand and rocks: "This is really old, they call it 'old table mountain sand stone.' We've got some of the oldest soils in South Africa."

For years, the von Arnims invested carefully but sustainably. Step by step, they expanded the vineyard. Now, in South Africa's spring, they are modernizing the restaurant. The son who has taken over the vineyard from his father wants to make everything a bit brighter and friendlier. The plan is for the restaurant to serve ambitious cuisine. After all, the Franschhoek valley is one of South Africa's culinary hotspots.

In the future, the von Arnims are hoping to export more wine because the domestic market is saturated. The economy is stagnant and only 8 percent of South Africans drink wine at all as most prefer beer.

At the nearby Boschendahl vineyard, they are worried about the future. Founded way back in 1685, of all the vineyards on the Franschhoek wine route, it is one of the most deeply steeped in tradition. The "manor house" of the owners, the family de Villiers, was built in 1812 and is landmark protected. Visitors quietly explore the carefully restored house, marvel at paintings and old family photos and later sit in the garden with a glass of wine.

The de Villiers grow wine on 200 hectares of land, the entire estate comprises 2,000 hectares. They also grow their own vegetables, raise pigs and cattle, all of it is used in their own restaurant on the premises. At the weekends, the meadows are filled with picnickers that listen to live music while glasses of wine are being served to guests right on the lawn.

At Boschendahl, 65 percent of the wine is sold abroad. Important markets are Germany and Britain, but sales to Sweden are growing as well. Pippa Carter, in charge of marketing for Boschendahl, stresses that the wine grower has never let itself become dependent on just one market. Diversification has always been important. She, too, talks about the quality of the wine, which can easily compete with European producers, she says.

At Boschendahl, they are particularly proud of their sparkling wine, which is fermented according to the "Methode Cap Classique," which requires the same production process and quality standards as French Champagne. Some criteria are even stricter, Carter says. The only difference is that their sparkling wine doesn't come from the Champagne-region in France.

The retail price for a bottle ranges from €12-15. "For the quality you get, this is certainly underpriced," Carter says confidently and stresses that South African wines are of a significantly better quality today than they were just a few years ago. Carter can list quite a few award-winning wines produced by the vineyard Boschendahl.

There is one problem that worries her and many other South African winegrowers: the water shortage. This past year, there was a massive drought, which led to water rationing.

"I think the water crisis was an eye opener for many South Africans, not just here in the Western Cape," says Maryna Carlow from the Wines of South Africa trade body. "We are relieved that our dams are now over 80 percent full again but the crisis has prompted us to think about alternative ways of farming, to really focus on how we irrigate, if we do irrigate over and above the dry land vineyards. But also about planting drought resistant varieties."

At the Boschedahl vineyard, they have "developed a big passion for sustainable farming," says Pippa Carter. The water consumption was reduced drastically and "we make sure to look after our land."

Outside, the lawn is filling with picnickers. It's already 33 degrees Celsius – midsummer temperatures for this region. Yet spring here has only just begun.