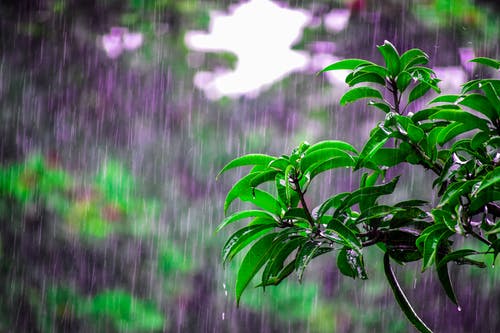 Wine lovers may appreciate a dry white, but a lack of steady rainfall brought on by a changing climate is threatening a centuries old winemaking tradition in Italy, according to an international team of scientists.

Researchers found a shift from steady, gentle rains to more intense storms over the past several decades has led to earlier grape harvests, even when seasonal rainfall totals are similar. Early harvests can prevent grapes from fully developing the complex flavors found in wines.

Intense precipitation events represent the second most important factor, behind temperature, in predicting when grapes were ready at one vineyard that's been producing wine using traditional methods since the 1650s and recording harvest dates for 200 years, the scientists said.

"Our results are consistent with the hypothesis that the increasing tendency of precipitation intensity could exacerbate the effect of global warming on some premium wines that have been produced for almost 400 years," said Piero Di Carlo, associate professor of atmospheric sciences at D'Annunzio University of Chieti-Pescara in Italy.

Because the winery doesn't use irrigation or other modern techniques, its harvest records more accurately reflect what was happening with the climate each year. Scientists gathered local meteorological data and used models to simulate what factors likely most influenced grape readiness. They recently reported their findings in the journal Science of the Total Environment.

"Because they haven't changed their techniques, a lot of other variables that may have changed harvest date are taken out of the picture," said William Brune, distinguished professor of meteorology at Penn State. "It makes it cleaner statistically to look at things like precipitation intensity and temperature, and I think that's one reason why we were able to tease these findings out."

Previous studies have established a link between higher temperatures and earlier grape harvest dates at other European wineries. Higher rainfall totals can help offset advances in harvest dates caused by rising temperatures, but the impact of rain intensity was not well understood, the scientists said.

Steady rains are better for agriculture because heavy storms cause water runoff, and plants and soils can absorb less moisture.

The findings indicate a feedback in the climate system -- the increase in temperature precipitates more intense rainfall, which further advances the grape harvest date, according to the researchers.

"We really need to think more broadly about how increases in temperature may have an influence on other variables and how that amplification can affect not only this winery, but all wineries, and in fact all agriculture," Brune said. "I think it's a cautionary tale in that regard."

The winery in the study faces particularly difficult challenges because mitigation strategies like irrigation would change the way the vineyard has cultivated its grapes for hundreds of years. Moving to higher elevations may be an option, but land is limited, and such a change could have other, unforeseen impacts on the wine, the scientists said.

"If we would like to keep our excellence in terms of production of wine, but also in other agricultural sectors, we have to be careful about climate change," said Di Carlo, lead author on the study. "Even if we can use some strategies to adapt, we don't know if we can compensate for all of the effects. We could lose a valuable part of our local economy and tradition."