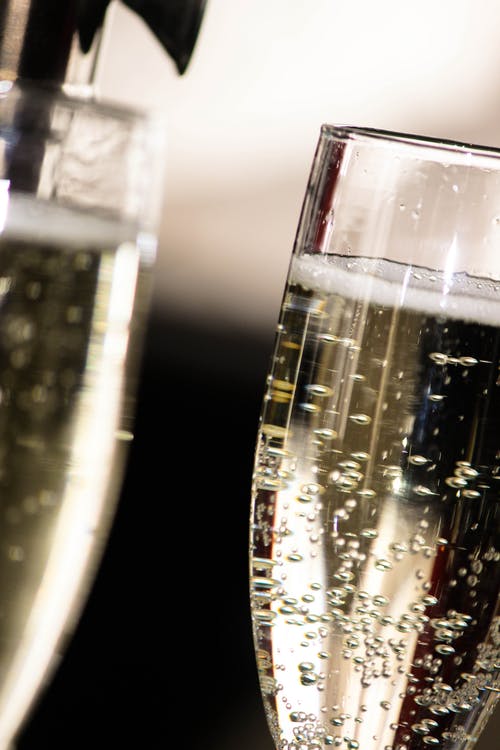 The Italian tipple took the “lion’s share” of last year’s £1.5 billion sales of non-Champagne sparkling wine last year, while Marks and Spencer reported a 47% rise in Prosecco sales in the same period.

The appeal is clear: it’s delicious, bubbly and far cheaper than its distant cousin, Champagne, making it ideal for weddings, Christmas and other ‘fancy’ occasions.

But did you know it has scientifically-proven health benefits, too?

Two glasses of sparkling wine a day could be good for your heart and circulation, found a 2009 study by University of Reading.

This is thanks to polyphenols – a type of plant chemical used to produce the likes of champagne or Prosecco.

These components slow the removal of nitric oxide from our blood (a chemical involved in controlling blood pressure). This in turn increases blood flow and decreases blood pressure. This could therefore reduce the risk of cardiovascular diseases such as coronary artery disease and heart attack, found the researchers.

It might help your lungs function
Prosecco is made from white wine, which is linked to improved lung function.

Research published in the European Respiratory Journal in 2012 found drinking wine to have a positive effect on lung function over a lifetime. While this was true of both red and white, the paler tipple was more closely correlated with better lung function.

It’s a better diet option compared to other types of wine
For those looking to lose a few pounds, Prosecco is very much the way to go compared to regular wines because it’s lower in sugar and calories.

“All wines and Prosecco brands vary in alcohol and sugar content, but a glass of Prosecco is likely to be less than half the calories of a large glass of wine,” diet expert Terri-Ann Nunns tells Yahoo UK.

Close up color image of a fun handmade wooden sign with the words 'It's Prosecco o'clock'. The image was taken at a food and drink market in London, UK. In the background the market, and a female figure working on the stall, is defocused, leaving room for copy space.View photos

“A large glass of wine is 250ml or a third of a bottle, whereas Prosecco is served in smaller glasses, generally serving 125ml.”

She adds: “You often find that the sugar content can be lower in Prosecco which again, gives Prosecco the edge when it comes to calories.”

It can provide protective benefits against the common cold
This is an unexpected one: in a US study, participants who consumed one or two glasses of white wine a week were found to have a lowered risk of the common cold.

The scientists suggested this might have something to do with the flavonoids in white wine, which help to resist nasal viruses.

One of these components, resveratrol, was also found to impair inflammation – lessening cold symptoms such as a runny nose and puffy face.

Moderate Prosecco consumption is linked to better memory
While heavy drinking doesn’t do our memory any favours, a University of Exeter study found social drinkers who consumed a small amount of alcohol were found to perform better in memory tests the next day compared to those who had drunk nothing.

Evidence that enjoying a small glass of Prosecco on a weekday won’t harm our work performance the next night? We’ll take it.

According to the NHS alcohol units recommendation, men and women should not to drink more than 14 units of alcohol a week on a regular basis. If you are worried about your alcohol intake, you can take a self-assessment test on the Drink Aware website.